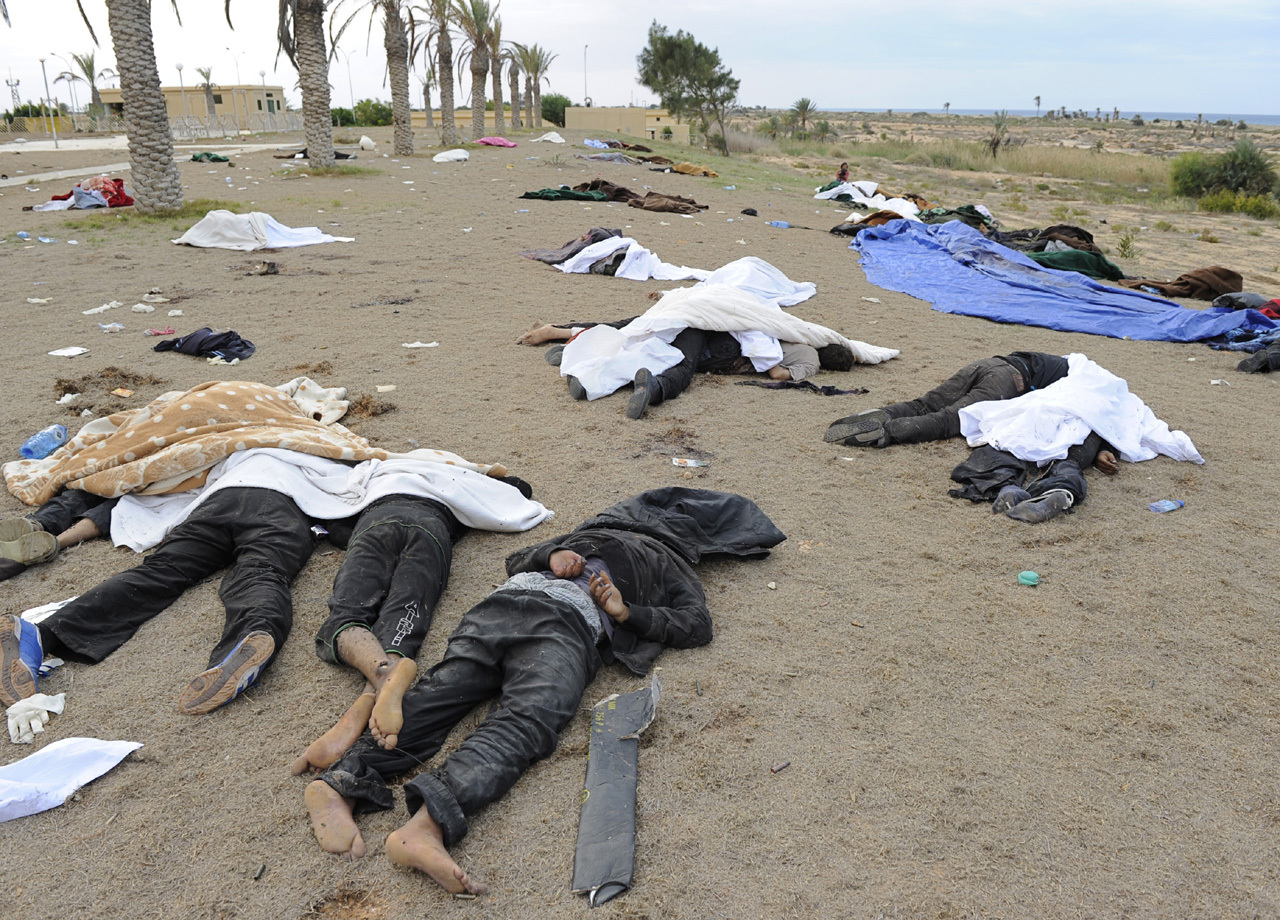 In Libya on Tuesday, the body of Muammar Qaddafi was buried in an unmarked grave at a secret location. Like many revolutions, the end of this one was bloody.

There are questions about how the rebels dealt with both the dictator and hundreds of others. CBS News correspondent Allen Pizzey reports that the question of whether rebel fighters executed Qaddafi is still under investigation. So far, the new Libyan government has shown little interest in getting to the bottom of the matter.

Nearly 300 bodies, many of them with their hands tied behind their backs and shot in the head, have been collected from across Sirte and buried in a mass grave. The new government has been slow to confront allegations of atrocities by rebel fighters, despite repeated calls for them to do so.

"You have to bear in mind that these young man have seen their friends killed in front of them, who saw their cities burned, who saw their sisters raped. I am amazed at their self-restraint," said Ali Tarhouni, oil minister.

The evidence indicates that little restraint was shown.

There are no names in one graveyard, only numbers: 572 so far and counting. That's because the graves hold the bodies of alleged mercenaries. Most were killed in the fighting, but local officials freely admit that some were summarily executed.

The governor of a prison in Misrata thinks that amounted to justice.

"There was no mercy for foreign mercenaries," Sheikh Fathie Dariez said.

The nearly 500 prisoners he holds seemed well treated, but this man said that in another jail he had been brutalized. He said they beat him because they assumed he was pro-Qaddafi.

Libya's new rulers are at risk of being accused of the same kind of abuses they fought to overthrow.