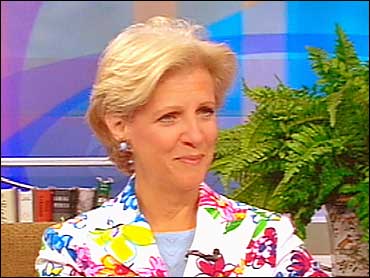 The fact that 50 percent of American marriages end in divorce has inspired a slew of research into the secrets of long-lasting marriages.

The latest research reveals the types of marriages that are at the highest risk for divorce — and what people can do to lower their risk. Bonnie Maslin, a well-known psychotherapist and author of "The Angry Marriage," visited The Early Show to talk about this latest study and offer some tips.

Some of this new research debunks conventional wisdom on marriage counseling. For example, it suggests that a popular counseling technique called "active listening" doesn't work. "Active Listening" or "parroting" is a widely used technique in couples therapy in which one spouse complains about the other and the other spouse repeats the complaint in his or her own words and says, "I hear what you're saying."

Also, traditional counseling encourages couples to give up their idealized view of relationships and romance, but this new research shows that people with the highest expectations for marriage have the best marriages. Dr. Maslin explained that's because these people care deeply, they're willing to fight for their marriage, and to put the work into the marriage.

The study identified five types of marriages and their risk for divorce as:

Pursuer Distancer
Highest Risk
Typically the wife raises problems; the husband dismisses them and/or refuses to talk about them.

Operatic
High Risk
This is characterized by a tumultuous and volatile relationship, marked by cycles of fighting and making up.

Cohesive Individuated
Low Risk
The hallmarks of this type of marriage are shared responsibilities, autonomy, and a view of marriage as a refuge.

One of the divorce prediction researchers, Dr. John Gottman of the University of Washington, calculated that strong marriages have at least a 5-to-1 ratio of positive to negative interactions. When the ratio starts to drop, the risk of divorce rises.

The study videotaped thousands of couples and coded positive and negative facial expressions, body language and comments. Something as simple as an eye-rolling after a spouse comments can be a strong indication of future divorce, according to the study.

Some of this research focused on the timing of divorce. While half of all divorces occur in the first seven years of marriage, a study published this spring in Family Process claimed that another risky time for divorce is in midlife.

The study followed 79 couples married an average of five years. Four years after the research commenced, 9 percent had divorced. After the 14-year study, 22 couples divorced — 28 percent in total.

The study points out that marrying younger than 25 dramatically raises divorce risk. Also, age difference is a risk factor when the woman is much older than the man but the reverse isn't a problem.

The child factor is also a factor in marriage happiness. Studies show that after the birth of a child, most couples become dissatisfied with the marriage. But the same study shows that the birth makes the marriage less likely to end in divorce.