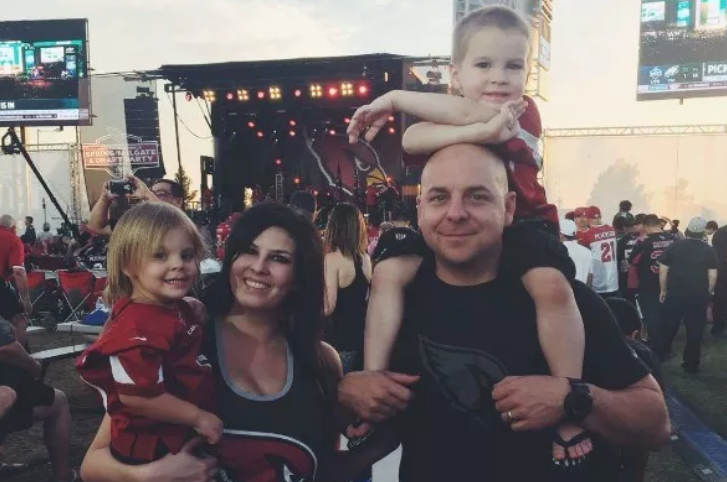 A contractor who inspected the home located outside of Flagstaff, Arizona, discovered a "significant failure" in the cabin's heating system, which likely led to the carbon monoxide poisoning, the Coconino County Sheriff's Office said Tuesday afternoon. The heating unit was the only gas appliance in the cabin.

"There is nothing to think about. It's just tragic," said Dan Matock, a family friend. "It's just a big hole in all of our hearts, that only Tony and Megan and their children can fill."

The victims -- spending the end of 2017 at the cabin -- have been identified as 32-year-old Anthony Capitano, 32-year-old Megan Capitano, 3-year-old Kingsli Capitano and Lincoln Capitano, who was four.

Their bodies were found during a welfare check after a family friend who hadn't heard from them in a few days called the Coconino County Sheriff's Office on Monday.  First responders said there was a strong odor of gas when they arrived at the scene.

"Tony just had a magnetic smile and spirit about him and Megan was a compliment to that," said Matock, who had known Tony, the father, for years. "Just the perfect couple. I mean, I try to emulate my relationship with my girlfriend and my children after Tony and Megan."

Carbon monoxide is an odorless gas often called a "silent killer." The Centers for Disease Control and Prevention recommends that people put carbon monoxide detectors inside their homes to protect themselves.