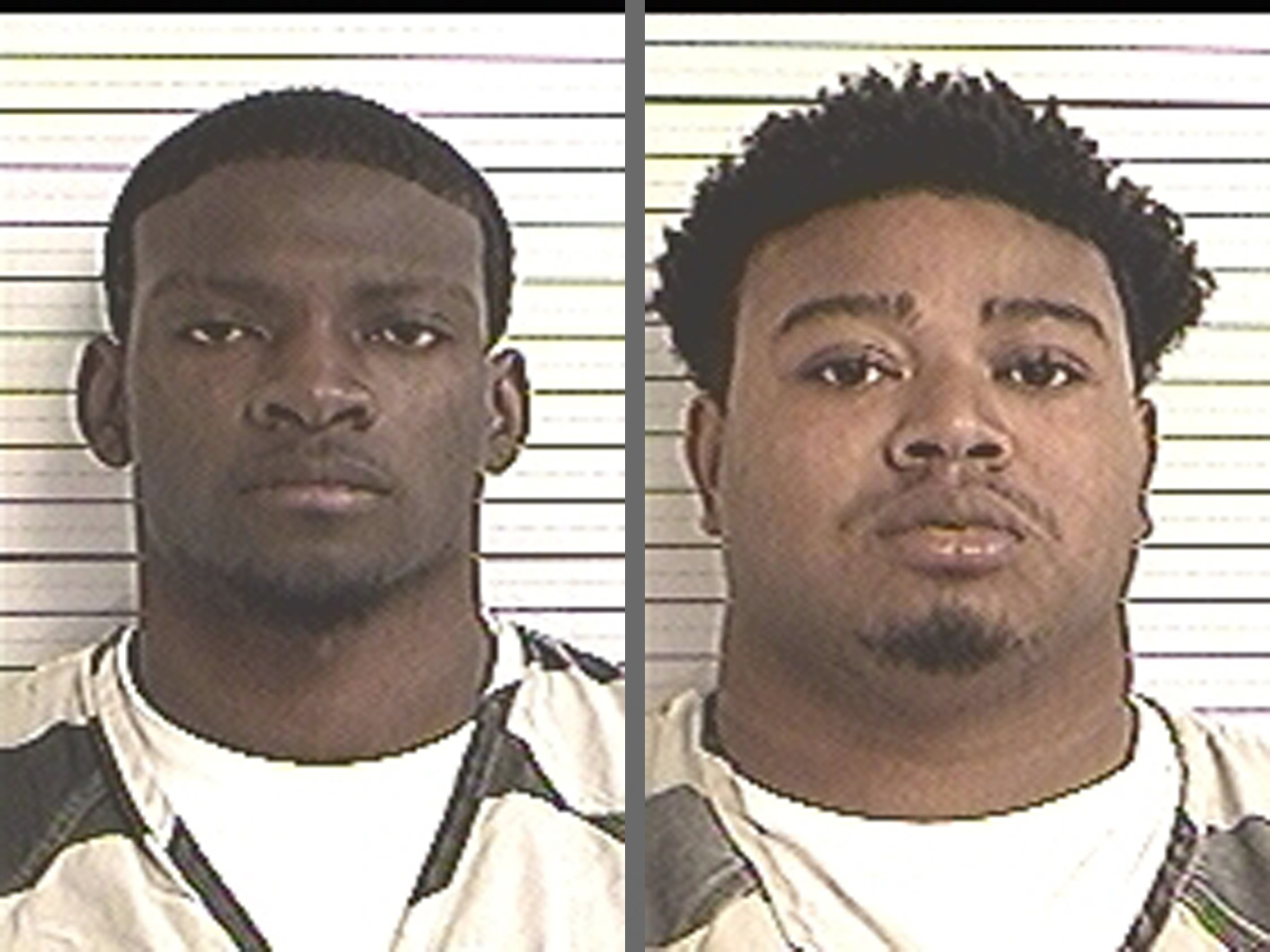 PANAMA CITY, Fla. - Two college students have been charged with sexually attacking a woman on a crowded Florida beach filled with spring break revelers who apparently did nothing to stop it, authorities said.

Delonte' Martistee, 22, and Ryan Austin Calhoun, 23, were arrested Friday and charged with sexual battery by multiple perpetrators, according to the Bay County Sheriff's Office.

CBS affiliate WCTV in Tallahassee reports both men are students at Troy University in Alabama, and that Martistee was a former member of the Troy track team. Both men have been suspended from the school.

The attack, recorded on a cellphone video, happened sometime March 10-12 in Panama City, Bay County Sheriff Frank McKeithen said at a news conference. Authorities learned of the assault when police in Troy, Alabama, discovered the video while investigating a shooting.

McKeithen described the recording as the "most disgusting, sickening thing" he had ever seen. Several men can be seen surrounding an incapacitated woman on a beach chair.

"This is happening in broad daylight with hundreds of people seeing and hearing what is happening, and they are more concerned about spilling their beer than somebody being raped," he said. The sheriff said he expected investigators will make additional arrests.

The victim told police that she thought she had been drugged at the time, and she did not remember the incident well enough to report it.

"She knows something happened, but she doesn't know what happened," McKeithen said.

Martistee and Calhoun were being taken Friday to Panama City for a court hearing. It was unclear Saturday whether they had defense attorneys.