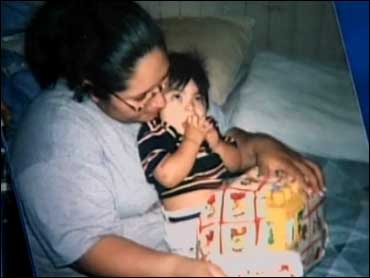 A 19-month-old Texas boy whose terminal illness started a contentious legal and ethical debate over who decides when life-sustaining treatment should cease has died.

"God chose to take Emilio at this time," Ward said.

The family has not requested an autopsy, said Michele Gonzalez, a spokeswoman for the Seton Family of Hospitals. Children's Hospital physicians will make a final determination on the cause of death by the middle of the week, she told The Associated Press.

Emilio, who had been on a respirator since December, was believed to have Leigh's disease, a progressive illness which destroys brain functions. His mother had fought in court to continue his medical care while doctors, saying there was no hope of recovery, sought to remove him from the machines keeping him alive.

Doctors wanted to invoke a state law allowing the hospital to stop life support after a 10-day notice for patients deemed medically futile.

Emilio's mother, Catarina Gonzales, said she knew her son would die but wanted doctors to continue care, pointing out that he smiled and turned his head when he heard voices. Her lawyer argued the state law was unconstitutional. In April, a judge agreed to temporarily block the hospital's move to end life support.

Ward told CBS station KEYE-TV that Emilio's mother feared that the life support would be pulled from the baby.

"That was her nightmare," Ward said.

The family is not sure if they will continue to pursue their lawsuit against the hospital, KEYE reports.

"We mourn the death of Emilio Gonzales," Michael Regier, senior vice president of legal services for the Seton Family of Hospitals, said in a statement. "We pray that in the days and weeks to come, Emilio's mother and family will be comforted by God's loving presence and by the knowledge that Emilio's earthly suffering is now ended."

The state Senate approved legislation this month to change the law and give patients' families more time before ending life-sustaining treatment.