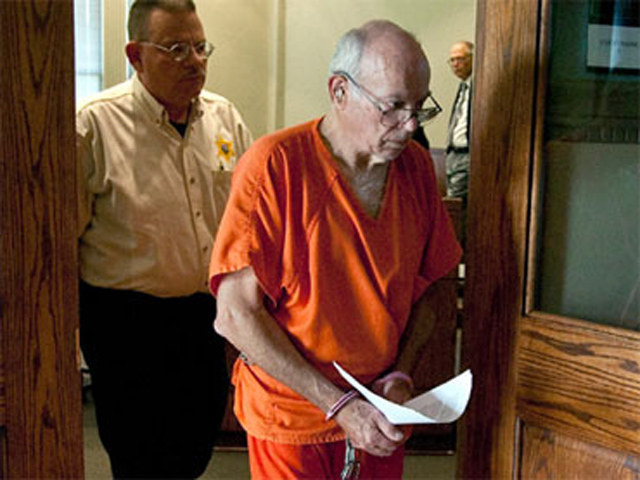 (CBS/AP) KANSAS CITY, Mo. - Six siblings who authorities say were subjected to sadistic sexual abuse by older relatives on a Missouri farm more than 25 years ago issued a statement Wednesday in an effort to counter defense arguments that the victims have been reluctant to go to trial.

"After four years of cooperating with the prosecution, we believe that a just and speedy trial can be reached without further compromising our privacy and safety," they said in a statement read to The Associated Press. "Even now, it is our hope that this case will bring attention to crimes against children and will give other victims the courage they need to come forward."

Burrell Mohler Sr. and his four sons, Burrell Jr., David, Jared and Roland Mohler, are facing dozens of counts of rape and sodomy after the six siblings told investigators they were abused as children on a farm east of Kansas City over several years beginning in the mid-1980s. Burrell Sr. and Burrell Jr. remain behind bars, while the others are free on bond. All have pleaded not guilty.

The men's trials have been repeatedly pushed back due in part to delays in the defense obtaining evidence, including the six siblings' health care records. The defense claims the records would reveal evidence of the acts abuse, if they had really happened.

One of the  women who was allegedly abused told The Associated Press that she and her siblings were concerned about the possibility their personal information would be comprised. However, she said the requested records have now been given to the court in compliance with a judge's order.

The first trial, for Burrell Mohler Sr., is scheduled for April in Clay County.

The men were charged in November 2009, a year after the siblings went to authorities. Four of the siblings claim the Mohler men took turns raping them over several years, including some assaults that happened after patriarch Burrell Sr., an ordained minister, conducted wedding ceremonies to "marry" the young girls to the older men so they could have sex.

Court documents also describe claims by some of the girls that they were forced to have sex with a horse and a dog.

The accusers said the abuse started when they were very young, in some cases as young as 5 years old, and they had repressed the memories for more than 20 years.

Complete coverage of the Mohler case on Crimesider