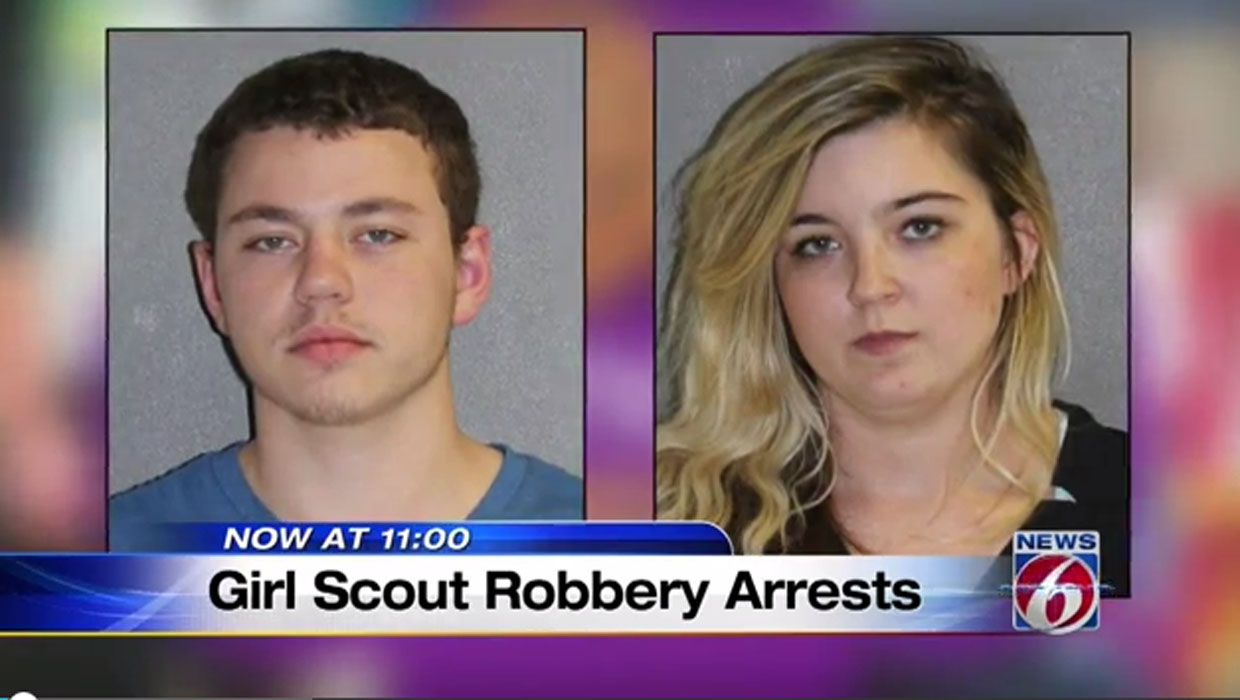 DELTONA, Fla. -- Authorities say they've arrested a brother and sister who stole a box of money from a table where a 12-year-old girl was selling Girl Scout cookies outside a Florida Wal-Mart.

The Volusia County Sheriff's Office reports in a news release that 20-year-old Nicholas Delbrugge and his sister, 25-year-old Ashley Winters, were arrested in Deltona on Thursday.

Authorities say surveillance footage shows the brother grabbing the money box Sunday afternoon and hopping into the passenger seat of a waiting car. The leader of the Girl Scout troop estimated the box contained about $200.

The community raised more than $500 dollars for the troop after seeing the story in local media, the station reports.