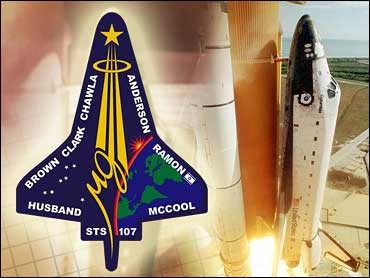 A Columbia accident investigator who is skeptical that NASA will make all the required safety changes says even more, tougher recommendations are needed and has issued a supplemental report to highlight his concerns about space shuttle inspections and mechanical breakdowns.

"I feel an obligation that if I know of something that could cause the next accident that's waiting to happen and I didn't bring it forward, that's when I wouldn't be able to look myself in the mirror," Deal said in an interview Wednesday with The Associated Press.

"They've been clear throughout the report, repeatedly, that there must be institutional changes," O'Keefe said at a press conference Wednesday. "That is what we are committed to doing. ... We will go forward with great resolve to follow this blueprint and to make this a much stronger organization."

Deal said he felt compelled to draw attention to certain issues after they ended up being buried, downplayed or dropped from the final report.

His 10-page supplement, which will appear in an upcoming volume of appendices, is not a dissenting opinion, he said. It started out as a minority opinion a week ago, he acknowledged, but many of the 12 other board members jumped on board.

"We are all very proud of this report," he said of the board recommendations made public Tuesday. "Some people think it ought to do more, some think we're too blunt. But I think there's almost universal agreement that our 207 days of work were good."

But Deal questioned whether the National Aeronautics and Space Administration would fulfill all 29 recommendations in the full report, let alone the ones referred to as observations.

"This supplement is presented to augment the board report and its condensed list of recommendations," he wrote. "It is written from the perspective of one who's presided or participated in a dozen space and aircraft accidents, who fears the report has bypassed some items that could prevent 'the next accident' from occurring."

Deal worries that NASA will give short shrift to the report's 10th chapter, titled "Other Significant Observations." The observations include corroded shuttle parts, brittle bolts that support wing panels, failures in the system that releases the shuttle from the pad at liftoff and weakened rings attaching the fuel tank to the booster rockets.

None of these problems had anything to do with Columbia's catastrophic re-entry on Feb. 1; a flyaway piece of fuel-tank foam insulation during liftoff 16 days earlier created the deadly gap in the left wing. But they could doom another shuttle, Deal said.

The chapter also touches on crew escape and survival but makes no recommendations. Instead, Deal urges NASA to come up with ways to better protect the crew cabin in an emergency.

A small amount of additional insulation between the inner walls of the cabin and its outer shell might provide the heat protection needed for it to retain its structural integrity, Deal wrote.

"I believe in this one set of circumstances, more insulation may have helped" the seven Columbia astronauts survive the breakup of their ship over Texas, he said.

Instead of observations, some of the items should have been recommendations, he wrote, and one — the need for an independent bottoms-up review of the Kennedy Space Center's shuttle safety inspection protocol — should be a recommendation carried out before the next shuttle flight. As it is now, inspectors must justify to managers why certain critical parts should have mandatory checks rather than justify why they should not, he said.

Out of more than 230 interviews with space shuttle workers conducted by the board, Deal said he conducted a third of them and was disheartened to learn that NASA's shuttle inspectors were forced to buy their own tools and prevented from making spot checks.

The inspectors also were not inspecting some critical shuttle parts, using hopelessly outdated equipment, and being trained by the contractors they were supposed to monitor.

"I heard this firsthand from all these different levels, from the technician up through management, and we cannot ignore that," he said. "When they say this could be the next accident waiting to happen, I just have the conviction that this has to be a recommendation and brought a little bit more out in the light instead of buried somewhere else" in the formal report.

Deal said in the push to release the report by the end of August after nearly seven months of investigation, "maybe someone made a mistake or maybe someone made a conscious decision they didn't tell me about. Some things were deleted or diluted or recharacterized."

Retired Navy Adm. Harold Gehman Jr., the board's chairman, said Deal was the only member to present a supplemental report.

"He did the industrial safety part and he has more to report on than we put in the report," Gehman said. He noted that the final report started off with 1,000 pages, was edited down to 400 pages and ended up being 248 pages, and therefore many things had to be deleted.