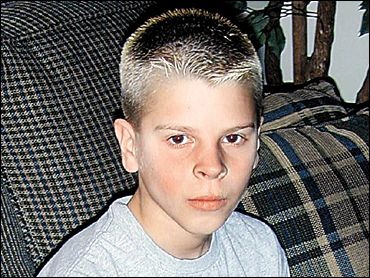 A sixth-grader began serving a three-day suspension Tuesday because he refused a lesser punishment for bringing the Sports Illustrated swimsuit issue to school.

The 12-year-old boy had the magazine in the gymnasium at Belpre Middle School before classes Feb. 18, and the principal cited him for violating the school's policy on nonverbal harassment and possession of lewd or suggestive material, according to superintendent Tim Swarr.

He was ordered to spend two days at an alternative school where students from several districts are sent when they get into trouble.

But the boy, Justin Reyes, and his mother refused to accept the punishment, so the penalty was increased to three days of out-of-school suspension.

"Last time I checked, we were in charge of running the schools," Swarr said.

The boy's mother, Nicole Reyes, said the alternative school was too harsh a punishment. She said her son bought the magazine with money he received for Christmas, and she was aware of the purchase.

"It's not like it was Hustler, Playboy or Penthouse," Reyes said. "He should not have taken it to school, but I don't think it's morally wrong for a child that's almost 13 to look at it."

Belpre Middle School, about 90 miles southeast of Columbus, serves some 550 students in grades four through eight.