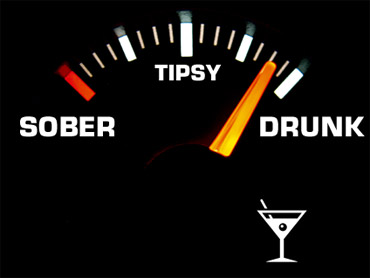 A debate is raging over an effort to develop technology effectively shutting down cars when alcohol is detected in a driver's bloodstream - with proponents saying it would be an optional tool that will save lives and critics contending that a nanny-state government will use it to keep Americans from driving home after drinking a single beer at a baseball game.

The catalyst is a push by New York Democratic Sen. Charles Schumer to provide $60 million over five years to develop in-vehicle technology that would recognize a driver's blood alcohol concentration.

The goal is a non-intrusive alcohol level detection system, something that requires virtually no effort (unlike the ignition interlocks imposed on convicted drunk drivers that require breath samples to start a car). While it's too early to know what the technology would look like, it could be anything from a system that can read a finger when it touches a steering wheel to a mechanism that detects the presence of alcohol from a driver's normal breathing.

Schumer made the case for the legislation today near Buffalo, next to a woman whose daughter was killed in a drunk driving accident that would not have taken place had the daughter not been able to get being the wheel.

"One drunk driving accident can rip apart a family and change a community forever; it's a problem that touches more lives every year and we need a fresh approach," Schumer said of the legislation, known as The Research of Alcohol Detection Systems for Stopping Alcohol-related Fatalities Everywhere (ROADS SAFE) Act, which was introduced in the Senate in February. "This legislation gets to the heart of the problem by making sure that drinkers can't even turn the ignition on in their car and pull out onto the road where they're a danger."

Parents, Schumer suggests, could install the technology in their teens' cars - guaranteeing that if they drink they won't be able to drive, and saving lives in the process.

The senator insists the technology would not be required by the federal government, though states could potentially mandate it. "The first job is to perfect the technology," Schumer said, according to the Buffalo News. "Then it will be up to each state legislature to decide whether they want to mandate it in the cars sold in that state or just limited it, and we'll have to decide that."

But critics say there is ample evidence that interest groups will eventually push the federal government to install it in every car in America. And they say that it will mean that even simply having one glass of wine with dinner could make it impossible to operate a vehicle.

Sarah Longwell, the managing director of the American Beverage Institute, a restaurant trade association, argues that the group that would receive the funding - the Driver Alcohol Detection System for Safety (DADSS) program - has made clear that it wants the technology in every car in America. (For proof, Longwell sent Hotsheet a slide from a presentation DADDS gave last year suggesting exactly that.) Further, she said, because the devices would allow for a margin of error below the .08 percent blood alcohol level legal limit, people might effectively be deemed impaired by their vehicle after only one drink.

"We're a restaurant trade association, and we want ten people to be able to come in and have one drink," she said. "Obviously we never want one person to come in and have ten. We think it is important that people be able to have a glass of wine at a dinner, a beer at a ballgame, and then drive home. It's a perfectly reasonable thing for people to do."

Longwell says the primary reason that the devices would be set below .08 percent (she says they would potentially be at .03 or .04) is that alcohol needs time to work its way through the body. The argument is that since someone could have three quick drinks and jump in the car - keeping their blood alcohol level below .08, even if they are well on their way to crossing it - it would be seen as necessary to set the device to a lower level.

DADSS' Susan Ferguson seemed to concede as much in a story last year in the Milwaukee Journal-Sentinel, saying it's safer to err on the side of keeping drunk drivers off the roads. But Wade Newton, spokesperson for Alliance of Automobile Manufacturers, says that's not the case - the law is .08, he said, and the devices would thus be set there. (The reason Newton is speaking on behalf of DADSS is that the group is a joint project of the federal government and a consortium of foreign and domestic auto companies. DADSS is also backed by Mothers Against Drunk Driving and the Distilled Spirits Council, among others.)

In addition, Newton says that the DADSS program and its backers have "no firm position" on whether the devices should go in every vehicle, calling it a "policy issue." The goal, he says, is simply to create technology that could potentially go in all vehicles, and then let lawmakers and the public decide whether they should mandate as much or instead use the technology more selectively.

DADSS estimates that installing the technology in every car would save 9,000 lives every year - and Newton notes that "the very crux of the technology is that if you're sober, you're not even going to know it's in the car." But Longwell, operating on the assumption that the device will end up in every car, counters that "there are much better ways to save lives with regard to drunk driving than by going after the entire American population."

"You're talking about putting a piece of technology in every single car in America to go after a very small population of offenders," she says. "And so what we would advocate is let's find the best ways to get those drunk drivers off the road without coming up with an approach that targets all Americans whether or not they drink, or drink responsibility."

"The legislation does not require vehicles have the technology installed, but gives law enforcement and parents an option to combat drunk driving and its tragic consequences," said Schumer spokesman Mike Morey.