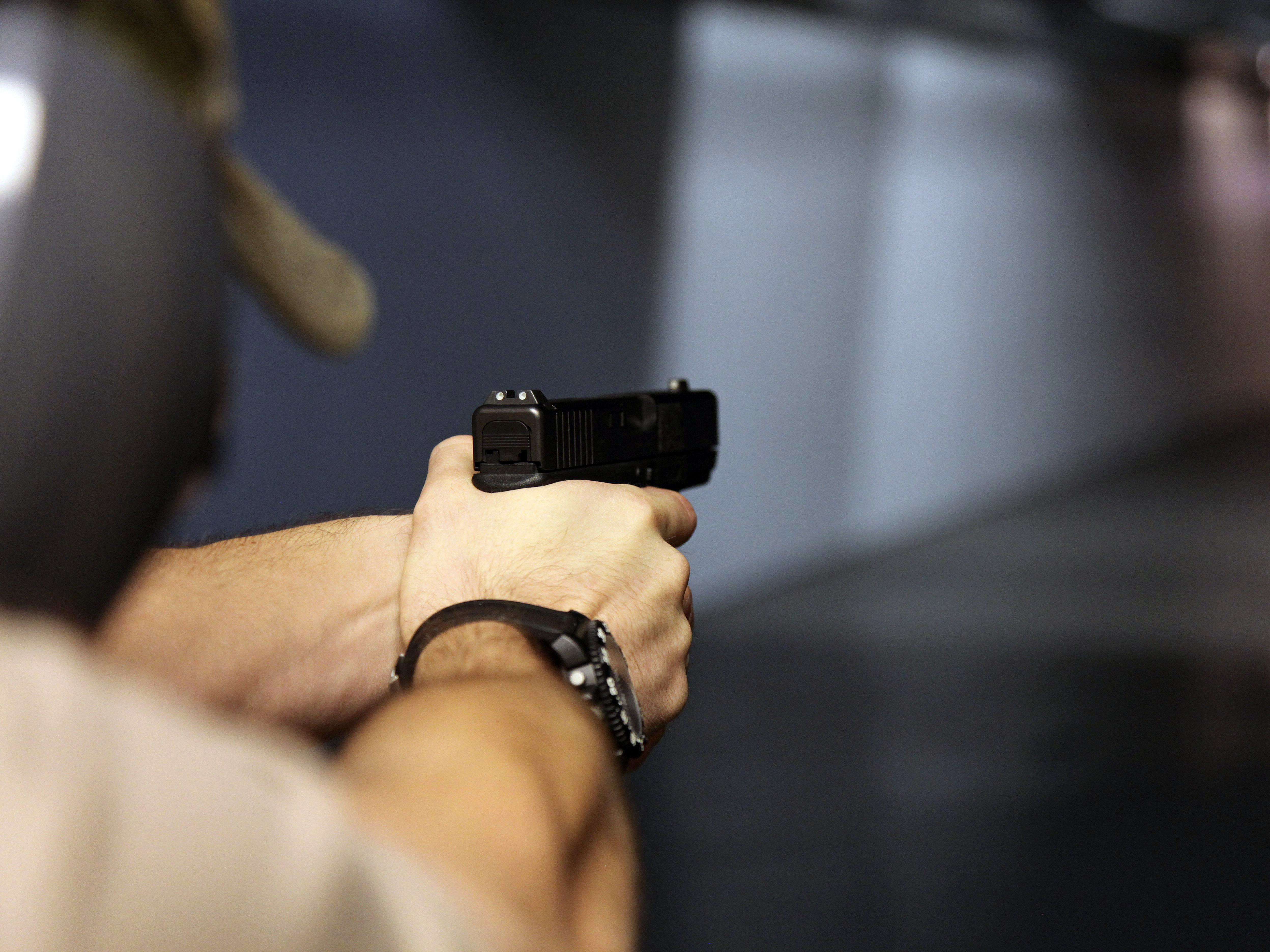 (CBS) - When Adam Winkler, a professor at UCLA's School of Law and a scholar on gun issues, read the news Sunday that sheriffs in Iowa have been issuing gun carry permits to the blind, he says he "got a good chuckle."

While it may seem that no detail surrounding the Second Amendment hasn't been debated or litigated in the past decade, Winkler says that whether legally blind citizens should be allowed to carry guns is "an issue that the law has rarely addressed."

"Lawmakers haven't thought much about it," he says.

And indeed, Iowa State Rep. Clel Baudler, a former state trooper who worked to change the state's law to give sheriffs less discretion over issuing firearm carry permits, told CBS News' Crimesider that when the bill was being debated the issue of whether legally blind citizens would be able to get such permits "was not discussed."

According to Prof. David Kopel of the University of Denver's Strum School of Law, in the past 25 years, 42 states have made similar alterations to their laws, changing the language to state that a sheriff "shall issue" (instead of "may issue") firearm permits to applicants without a felony record. According to Aaron Dorr, executive director of Iowa Gun Owners, sheriffs may reject a permit application based on the applicant's behavior in the previous two years.

"We don't think being legally blind is a behavior," Dorr says.

Kopel also points out that  being legally blind does not mean a person can not see at all: "Eighty percent of people who are considered legally blind have some vision."

The news that Iowa sheriffs were issuing carry permits to legally blind citizens was first reported by investigative reporter Jason Clayworth in the Des Moines Register. Clayworth told Crimesider that the article was part of an ongoing series on what has changed since the state's rewritten gun law went into effect in 2011. Other articles in the series included a look at sex offenders who were granted gun licenses and a map of gun ownership in the state.

Rep. Baudler says the idea of the legally blind carrying concealed weapons doesn't bother him, partly because, like everyone else who gets a permit, they are required to complete a firearms training course. They are not, however, required to do a "live-round" test to prove proficiency.

According to Clayworth's article, Nebraska requires "proof of vision" - such as a drivers license or doctor's note - to obtain a concealed carry permit, while Missouri and Minnesota require live-round tests.

While on its face, the notion of allowing people whose vision is so impaired they cannot drive a car to carry a gun in public may seem absurd to some, Prof. Kopel of the Strum School of Law explains that is illegal to deny carry permits to blind citizens based solely on their physical disability.

Last year, Kopel presented written testimony to the Wash., D.C. City Council, which was revisiting its firearms laws. As part of his testimony, he addressed this issue, stating that, "Discrimination against individuals who have the misfortune to be actually or "legally" blind is a straightforward violation of the Americans with Disabilities Act."

For Rev. Cheryl Thomas, the issue hits especially close to home: Thomas is the executive director of Iowans for Gun Safety - but she is also a disabled American, confined to a wheelchair.

Thomas told Crimesider that although she does not believe blind Iowans who wish to have a gun in their home for protection should be prevented from doing so based on their visual impairment, that "common sense" dictates that it's "just not safe" for that same person to carry a gun in public.

"We don't believe that a woman has to have 20/20 vision to shoot a man who is on top of her trying to rape her," says Dorr. Indeed, according to Kopel, the "vast majority" of armed self-defense incidents occur within less than 10 feet.

Dorr continues, saying that there have been no incidents involving blind gun owners mistakenly shooting people, and that he believes it is a "canard" to assume a blind person would be foolish enough to fire into a crowd because someone bumped into him on the street.

"Obviously a blind person has to be responsible and not use the gun in a situation where doing so would endanger other people," says Chris Danielsen, the director of public relations for the National Federation of the Blind. "But we do not believe a blanket prohibition against the blind carrying guns in public is appropriate."

For Danielsen, who says he does not own a gun but knows many other legally blind people who do, the issue is one of fairness.

"If we believe as a society that we can trust most of the citizenry to know when it is and isn't appropriate to use a firearm, the same trust and logic applies to blind people," says Danielsen. "It isn't our judgment that is impaired."