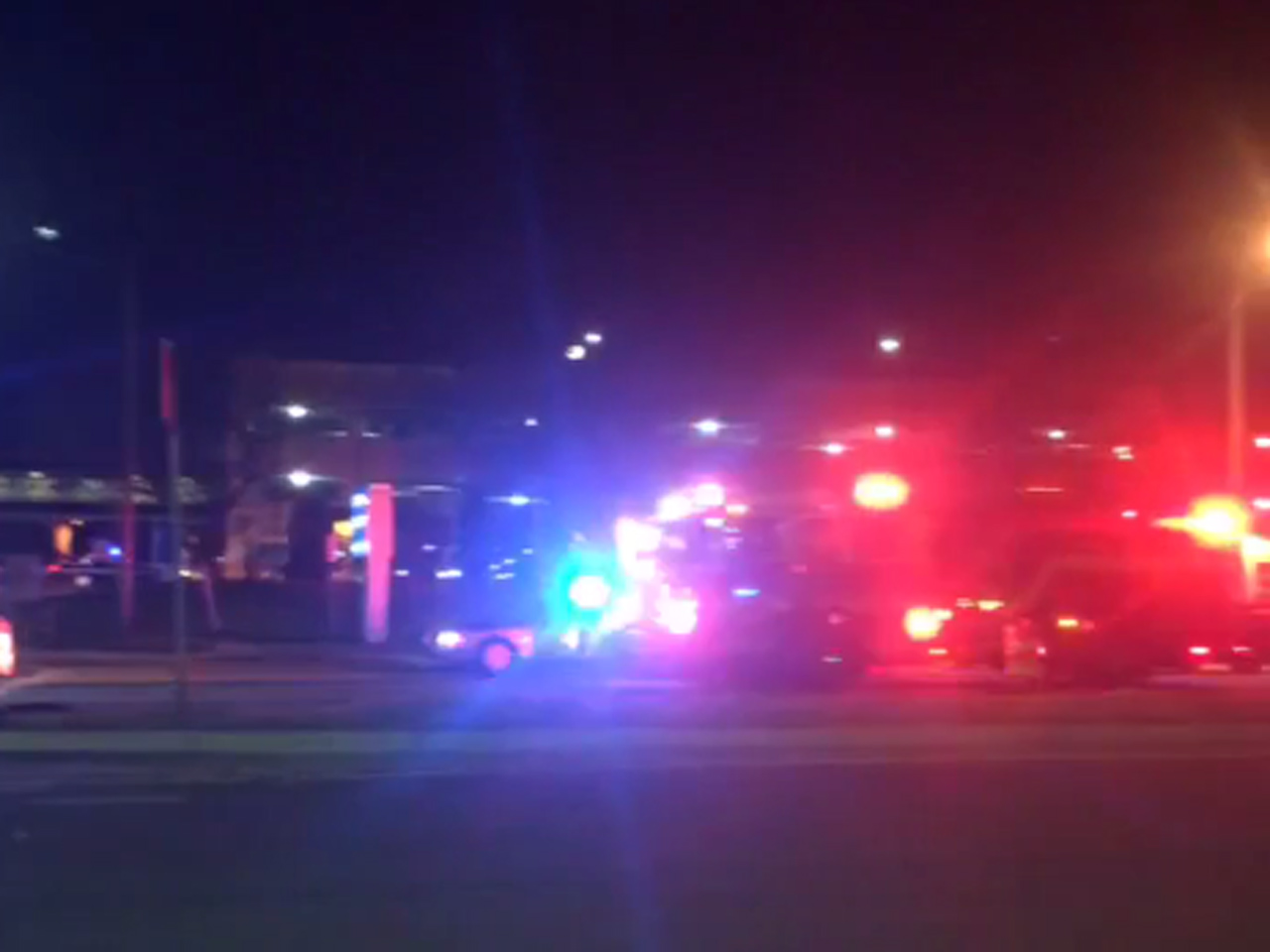 FALLS CHURCH, Va. -- One shot was fired early Tuesday as a guard wrestled with a prisoner, who then fled a northern Virginia hospital with a gun setting off an hours-long lockdown and search, police said.

The prisoner, identified as Wossen Assaye, fled with a gun, wearing only a hospital gown, Roessler said. Assaye was being held on a federal bank robbery charge, he said.

The U.S. Marshals Service and police said that after Assaye overpowered the guard, he carjacked a vehicle. About three hours later, police tweeted that they had found that car, but were still searching for Assaye. Police said they were now searching for a 2008 Gray Hyundai Elantra with the Virginia license plate XTU-5024.

Fairfax County Police PIO Roger Henriquez told CBS News that the woman whose vehicle was stolen was in the car driving when she discovered Assaye in the backseat. The woman ran away but it is unclear if the car was still moving when she escaped.

At 10 a.m., police were searching Annandale neighborhoods with helicopter and heavily armed officers. In one neighborhood, Spence Limbocker said he heard a helicopter, went outside and saw a massive police presence.

"They told me to get back in the house and lock all my doors. ... It was a little scary," Limbocker said.

Assaye was arrested March 20 charged with a robbery at Apple Federal Credit Union in Alexandria. But in a court document, an FBI agent suggests Assaye, 42, of Arlington, is responsible for a string of 12 bank robberies in northern Virginia over the last year and a half.

Brooke Rupert, a public defender who was representing Assaye in the robbery case, declined to comment Tuesday morning.

Assaye had been booked into the William G. Truesdale Adult Detention Center in Alexandria on the federal charges March 21, Alexandria Sheriff's Office spokeswoman Amy Bertsch said in a statement. On Friday, he attempted suicide and was taken to the hospital just outside the Capital Beltway for treatment, she said. Alexandria deputy sheriffs maintained custody of Assaye for the first 24 hours before turning him over to security officers contracted by the U.S. Marshals, she said.

Roessler said that in Fairfax County police custody, a prisoner would typically be handcuffed, but he didn't know what federal procedures are.

After the escape, Fairfax County police spokesman Bud Walker said a woman was carjacked around 7 a.m. in the Annandale area, several miles from hospital. He said the woman who was carjacked identified Assaye as the carjacker and said he was alone and wearing a hospital gown.

Police also tweeted a photo of a woman, saying Assaye may be with his girlfriend.

A man who identified himself as Assaye's father answered the phone at an Arlington home early Tuesday, but declined to speak to The Associated Press as a voice in the background told him to hang up.

In court documents about the robberies, the FBI agent said the robber seen in surveillance photographs and video recordings is "physically similar" in the dozen robberies that end with the robbery of the Apple Federal Credit Union.

In all, the banks were robbed of approximately $32,000. In most cases, the agent said the robber entered the bank with a cellphone to his ear, demanded money and fled with cash on a bicycle.

The lockdown at the hospital Tuesday morning ended after police confirmed the carjacking, but earlier in the morning, there were road closures for several blocks around the hospital. Dozens of police cars surrounded the hospital and there were officers with rifles stationed around the area as a police helicopter circled overhead.