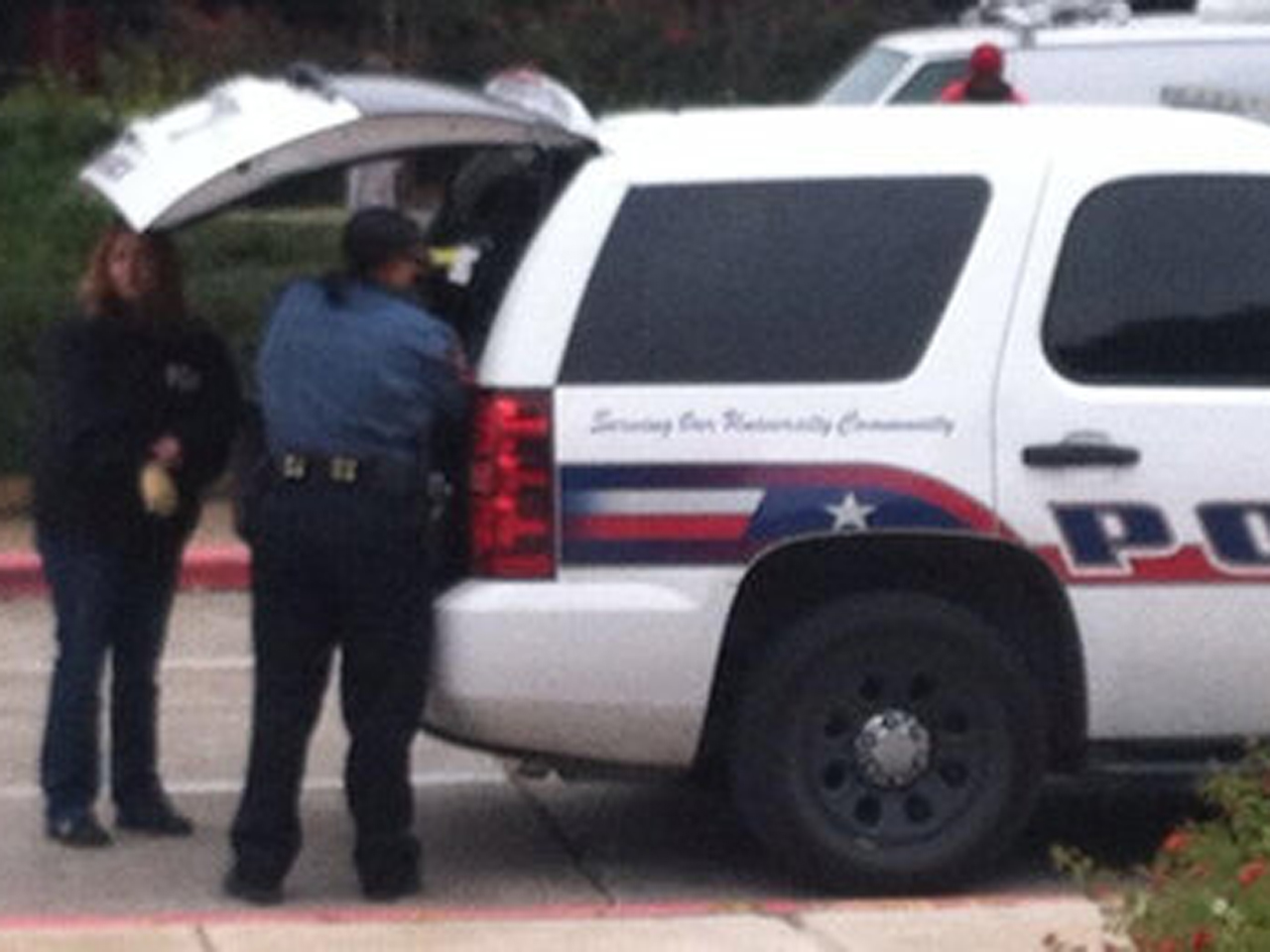 HOUSTON - Shots were fired Friday during an armored truck heist in front of the University Center on the University of Houston campus, reports CBS affiliate KHOU.

It happened at about 8 a.m. as the Loomis armored car made a pickup, UH officials said. One employee was loading the ATM and the other was behind the wheel of the vehicle when they were ambushed, reports the station.

A construction worker who witnessed the robbery told KHOU a man walked up to the vehicle and ordered the woman to get out of the car.

“He went up to her and said, ‘Get out of the vehicle.’ She said, ‘You got to be playing.’ He pulled a gun out. She was pregnant. She had to be about eight or nine months pregnant -- the driver,” said Emilliano Garcia.

Garcia said that after the woman got out, the man took off in the armored truck. Two other suspects reportedly followed in a red pickup truck.

Witnesses said the truck guard who was loading the ATM chased the men on foot and fired shots, aiming to shoot out the tires, but it didn’t work, according to the station.

The red pickup truck was later abandoned at a nearby Planned Parenthood Center, police said.

No one was injured during the shooting, according to the university.

Police were still searching for the thieves. The FBI and Houston Police Department are involved in the investigation.