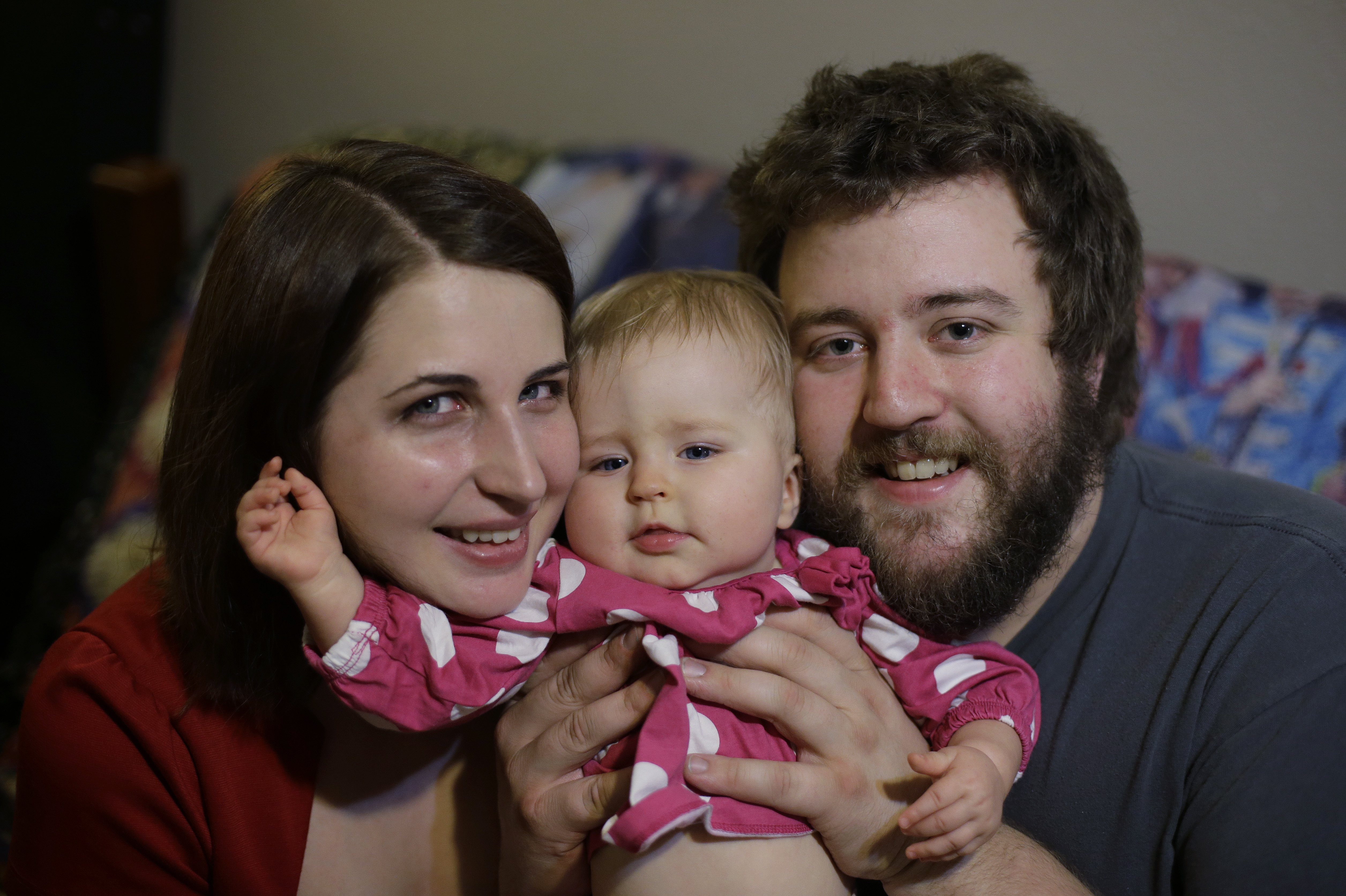 WASHINGTON -- No longer taboo, living together has become a more common arrangement for America's couples who become pregnant while dating.

Soon-to-be-released government figures show a major cultural shift since the days of "shotgun weddings" aimed at avoiding family embarrassment. With marriage on the decline, the shift is helping redefine the traditional notion of family.

"The emergence of cohabitation as an acceptable context for childbearing has changed the family-formation landscape," said Christina Gibson-Davis, a sociology professor at Duke University. "Individuals still value the idea of a two-parent family but no longer consider it necessary for the parents to be married."

Still, she cautions that children in cohabiting households may face more difficulties growing up if their unmarried parents are at higher risk of breaking up.

In all, the share of unmarried couples who opted to have "shotgun cohabitations" - moving in together after a pregnancy - surpassed "shotgun marriages" for the first time over the last decade, according to a forthcoming paper from the National Center for Health Statistics, part of the Centers for Disease Control and Prevention. The trend was affirmed by three demographers who conducted separate research on the topic.

It's the latest demographic tipping point as cohabitations turn mainstream - a far cry from the days when the father of a pregnant daughter might use coercion, such as a shotgun, to make sure the boyfriend followed through on a wedding.

"I want to marry when I'm ready, not because I'm being forced into it. Whenever I see couples do that, things don't work out," said Amanda Leigh Pulte, 22, of Austin, Texas, as her 11-month-old daughter Zoey cooed in her arms. Pulte previously had delayed moving in with Matthew Gage, a 29-year-old shipping manager and her boyfriend for three years, wishing to wait until she could earn a bachelor's degree in film and start a full-time job.

An unplanned pregnancy quickly changed that. Completing an associate degree, she agreed to have Gage move in so the couple could work and save on rent while raising Zoey together. Even though they didn't see marriage as a serious option for now - in part to avoid the additional stress of planning and paying for a wedding, she says - neither was having Pulte live on her own as a single mother.

"For a while, my father was kind of shocked about the whole thing, but ultimately he was just excited to be a grandfather," she said with a chuckle. The couple is getting child care tips from the nonprofit Any Baby Can, which also helps them with physical therapy for Zoey, who was born with health ailments.

The numbers are based on the government's National Survey of Family Growth, typically issued every four years. It provides the only government data on cohabiting mothers by asking questions on a woman's relationship status before and after conception and childbirth. Women who say they were single before conception and then married before childbirth are counted as someone who had a post-conception, or "shotgun" marriage; those who moved in with their boyfriends after pregnancy had a post-conception or "shotgun" cohabitation.

Demographers say the cohabiting trend among new parents is likely to continue. Social stigma regarding out-of-wedlock births is loosening, and economic factors play a role. Many couples, especially those who lack a bachelor's degree, are postponing marriage until their finances are more stable. But because of globalization, automation and outsourcing, good-paying middle-income jobs are harder to come by.

"Because marriages are becoming more polarized by economic status, I don't see the trend of shotgun cohabitations reversing any time soon," said Casey Copen, a demographer at the government's National Center for Health Statistics, which administers the government survey.

About 18.1 percent of all single women who became pregnant opted to move in with their boyfriends before the child was born, according to 2006-2010 data from the government's National Survey of Family Growth, the latest available. That is compared to 5.3 percent who chose a post-conception marriage, according to calculations by Daniel Lichter, a Cornell sociologist.

As recently as the early 1990s, 25 percent of such couples got married.