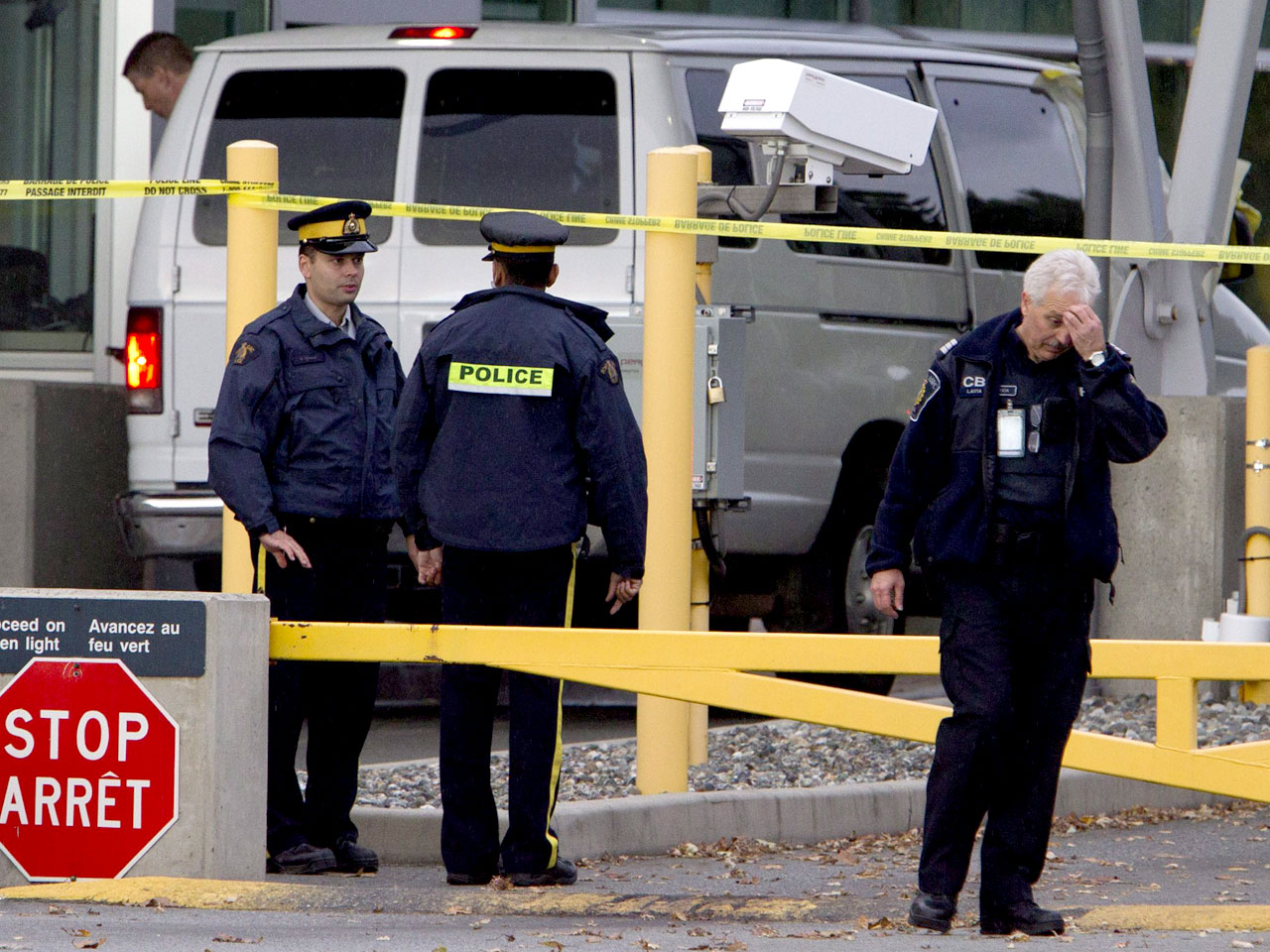 SEATTLE An unarmed Canadian border guard shot in her booth at a busy U.S.-Canada crossing north of Seattle was on her way to a full recovery Wednesday as investigators worked to determine why a 32-year-old motorist targeted her before committing suicide.

The man was driving a van into Canada when he shot Officer Lori Bowcock in the neck Tuesday afternoon at the border crossing at Blaine, then turned the gun on himself. He died at the scene.

"She is in stable condition and is expected to make a full recovery," Roslyn MacVicar, the Canada Border Services Agency's Pacific regional director, said in statement. "Her mother and brothers are by her side."

The gunman, identified by the Coroners Service as Andrew Michael Crews, had lived in Bremerton but recently moved to the Seattle area.

Officers swarmed the scene after the shooting, closing the Peace Arch border crossing as they interviewed witnesses and searched for clues. Investigators blocked off the area around Bowcock's booth with yellow crime-scene tape and examined Crews' white van, which sat with its back doors open revealing a mattress inside.

Police have not released a motive in the case, but the British Columbia homicide investigation team handling the probe was treating it as an attempted murder. Agents with Homeland Security Investigations were assisting by following leads on the U.S. side of the border, said Andrew Munoz, spokesman for the U.S. Immigration and Customs Enforcement. He declined to elaborate.

The border crossing about 100 miles north of Seattle is the third-busiest between the United States and Canada. Last month, it averaged 9,000 U.S.-bound cars a day, according to U.S. Customs and Border Protection.

Drivers were diverted to other crossings, including the nearby Pacific Highway crossing, where border officers from Peace Arch were reassigned to help deal with the extra travelers, said U.S. Customs and Border Protection spokesman Mike Milne.

Investigators have been interviewing witnesses and reviewing video.

Kitsap County Sheriff Steve Boyer said Wednesday his office also followed up on leads and checked out a former address for the suspect in Bremerton. Deputy Scott Wilson said residents there reported the suspect had moved to King County.

Bowcock worked as a civilian dispatcher at police headquarters in London, Ontario, until last spring. As a new border guard, she had not yet completed training that would allow her to carry a gun, the Border Services Agency said.

The Peace Arch crossing features a park with a 67-foot-high monument in the form of an arch that connects the U.S. and Canada.

Canadian Brian White told reporters at the scene he was waiting to cross northward when he heard a shot. Guards immediately responded and officials questioned everyone waiting to cross, he said.

Kevin McAllister, assistant general manager at the Peace Portal Golf Course, which is adjacent to the border crossing, said an employee and several guests told him they heard two shots fired.

Washington Gov. Chris Gregoire said she spoke to British Columbia Premier Christy Clark and pledged the state's cooperation and help in the investigation.

"This tragedy hits especially close to home, and reminds us all that our public safety officers put their lives on the line every day to protect the rest of us," Gregoire said.

Her remarks were echoed by the president of the Canada Border Services Agency.

"This is a profound reminder of the risks that border services officers assume every day," Luc Portelance said in a statement from Ottawa. "I know that the courage and dedication of our officers are second to none."