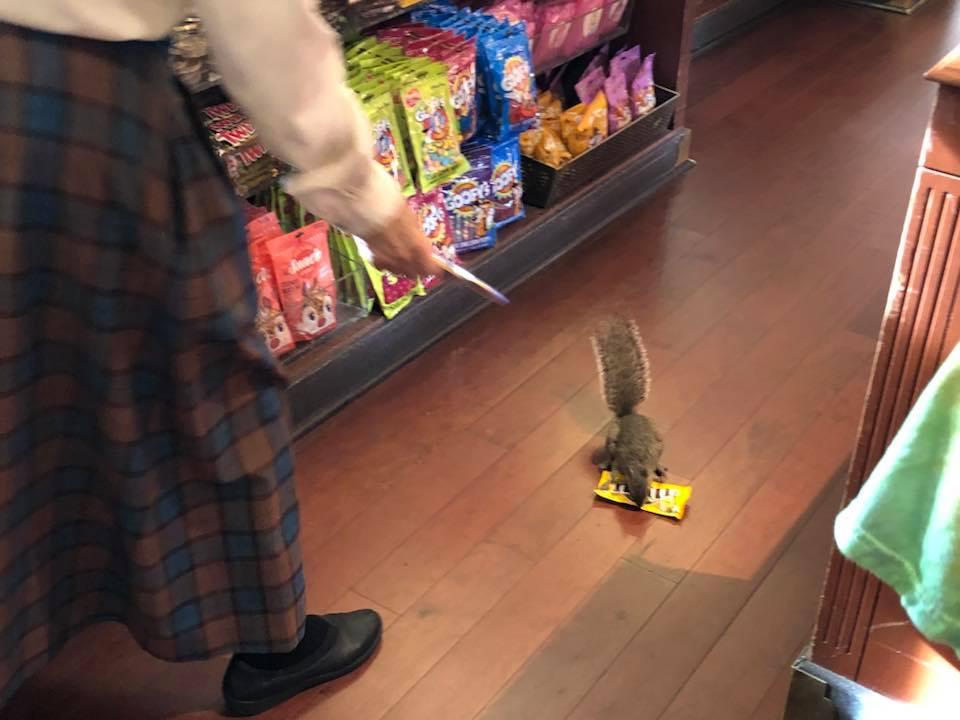 A shoplifter stealing from a store in Disney World's Magic Kingdom was caught on camera on Saturday. But this isn't your average thief by any stretch.

Brianna Bradshaw shared a video her friend, Jessica Dornfried, took of the quick-footed bandit. "Here's the cute little shoplifter at Magic Kingdom," reads the caption to the Facebook video.

It wasn't a human burglar, it was a squirrel.

The video shows the furry shoplifter sitting in a bin full of candy at a store in the Magic Kingdom in Florida. Someone appears to try and swat the squirrel away, but he's too quick. He picks the bag of candy he wants, jumps off the low-lying shelf and scurries away.

His candy of choice: peanut M&Ms.

The camera follows the squirrel as he runs across the floor and straight out into the sunny amusement park with his loot. The video of the stealing squirrel has been viewed over 800,000 times. His brazenness earned him a free bag of M&Ms and internet fame.