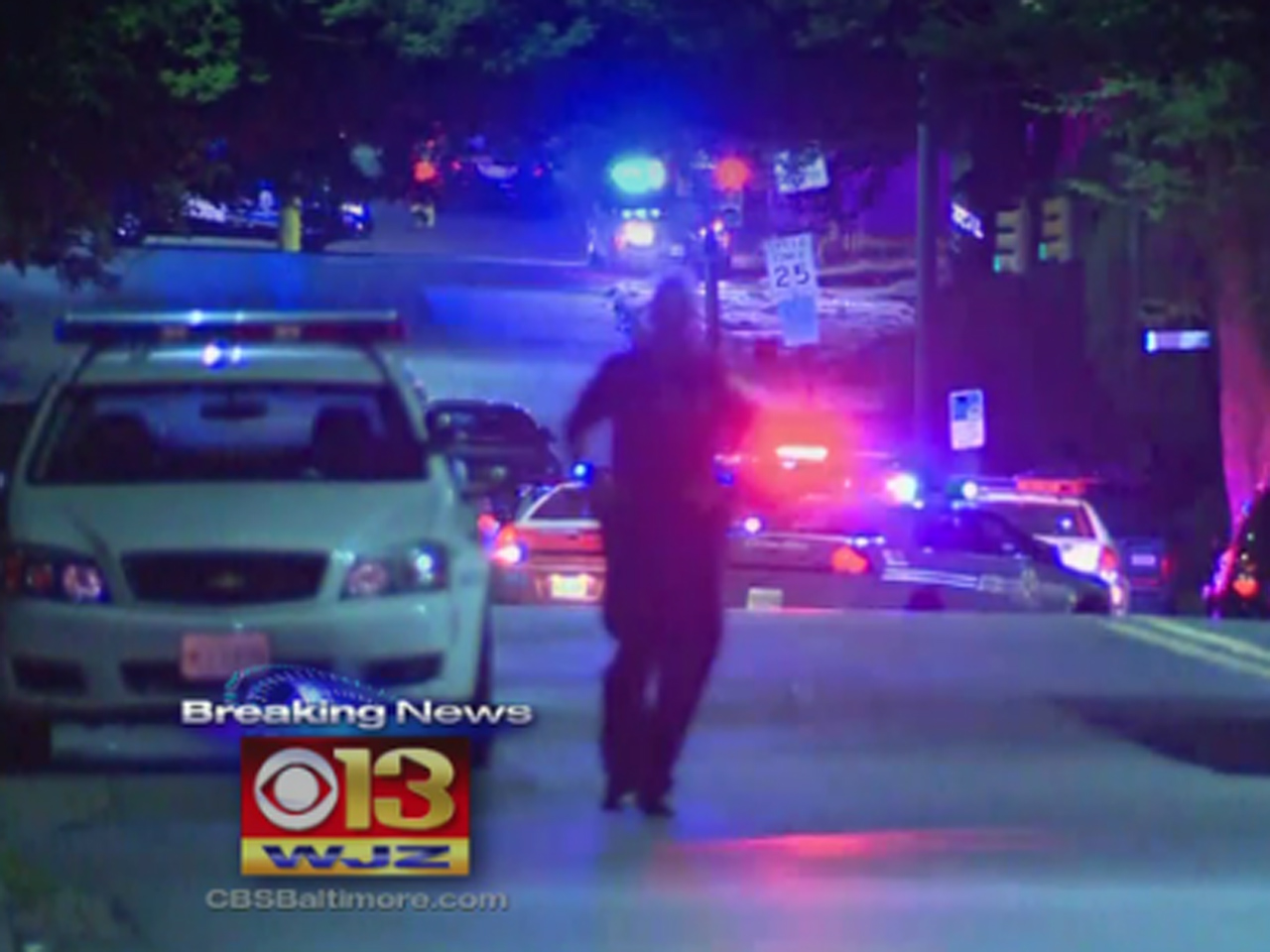 BALTIMORE -- Police here say a man who fired at officers with an "AR-15-style" gun is dead after officers returned fire. No police were injured.

Police spokesman T.J. Smith told reporters early Friday morning that four plainclothes officers in an unmarked car heard gunfire coming from near an apartment building on the city's west side.

Smith says the officers drove toward the sound and when they arrived, they saw a man shooting an AR-15-style gun. He started firing toward them.

The officers returned fire. Smith says the suspect suffered at least one bullet wound and retreated to the apartment building.

Authorities surrounded the building and eventually found the man inside. He was taken to a hospital, where he was pronounced dead.

Smith says it's unclear why the man began shooting.

Baltimore police tweeted a picture of the weapon they said was recovered at the scene:

No officers or civilians were wounded during the shootout, CBS Baltimore says.

Smith acknowledged detectives were looking into the possibility that the gunfire may have been intended to draw police out, the station adds. "Were they specifically drawn there by him because he might have known they were in the area? We don't know the answer to that yet, but that's something that we're trying to figure out," he told reporters.

Two officers involved in the shootout have been placed on administrative leave, which is routine for all officer-involved shootings, Smith told reporters.

It's not yet clear exactly who or what the gunman was shooting at prior to the officers' arrival, according to police. A group of children at a nearby basketball court CBS Baltimore they heard several "heavy" gunshots, and then ran home.

Investigators, initially under the impression that there might be multiple suspects, called in the SWAT team and assistance from Baltimore County Police, but later ruled out the possibility of a second gunman, Smith said.