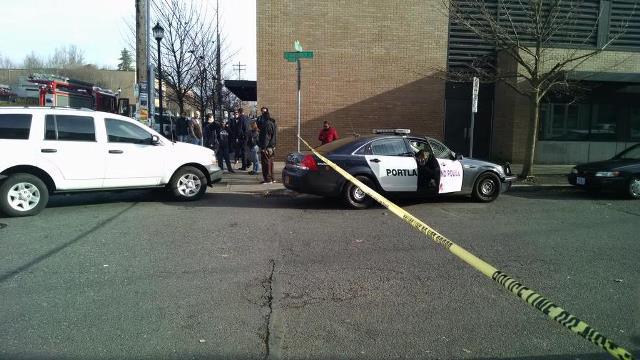 The three victims - two males and one female - were transported to a hospital in unknown condition and the suspect or suspects are still being sought, Portland police say.

Police say they suspect the shooting may be gang-related.

According to authorities, the victims were conscious and breathing as they were transported to the hospital.

The school's website says it caters to "at-risk students who have either been expelled or dropped out of public high school and many are homeless."