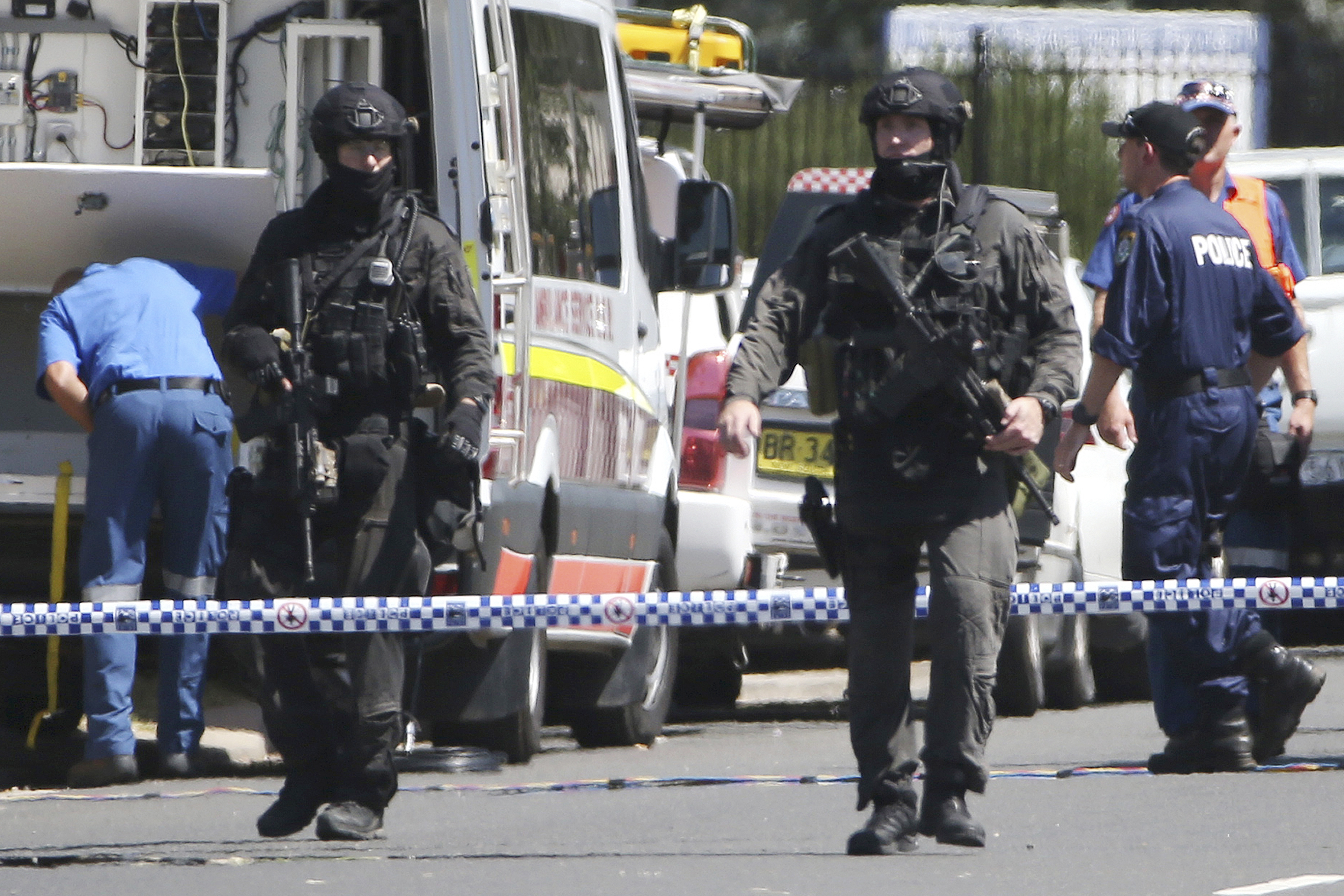 SYDNEY -- One person was killed and two others injured in a shooting at a business in western Sydney, police said Monday.

New South Wales police said in a statement that they found three people suffering gunshot wounds after responding to reports of a shooting at the sign-making business on Monday morning. One 43-year-old man died at the scene, and two other men were taken to a hospital for treatment.

Heavily armed police surrounded the business in an industrial area of Ingleburn, a suburb 25 miles west of Sydney. Staffers at nearby businesses were told to stay inside and roads were blocked off in the area.

"There's tactical operations unit negotiators on the scene and the operation is continuing," said New South Wales police Detective Inspector Mark Brett. "It's a delicate stage and I really can't give you much more information than that."

One of the shooting victims was undergoing surgery, while the other had superficial wounds to the lower part of his body, Brett said.

Brett would not answer any questions, including whether police believe the shooter was holding anyone hostage inside the building.