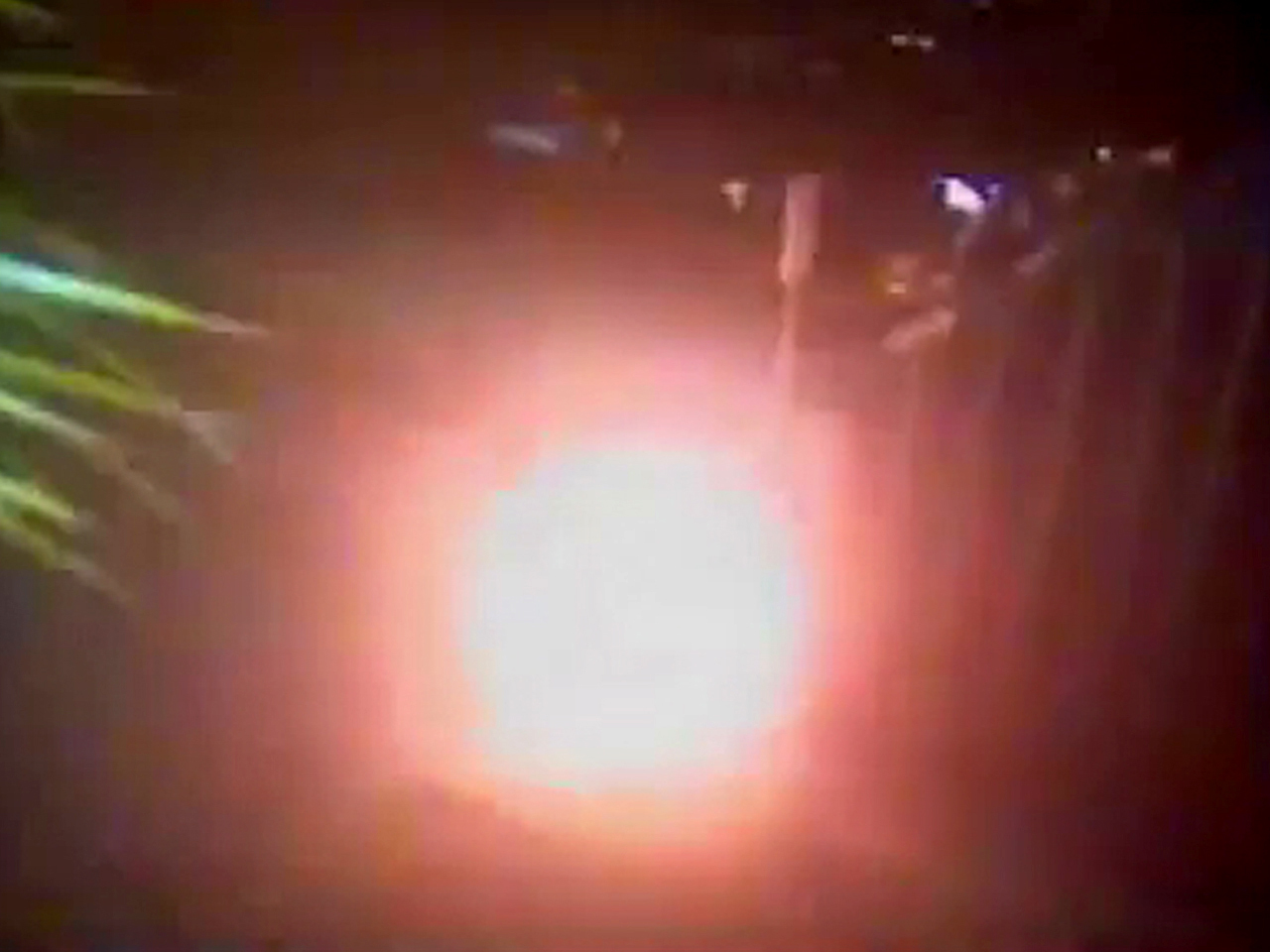 Warning: The above video contains graphic content some viewers may find disturbing.

LONG BEACH, Calif. Police in California released shocking video Sunday of a man being engulfed in flames outside a convenience store.

The victim was sitting outside the store in Long Beach around 7 p.m. local time, waiting for his elderly father to finish shopping, when suddenly a suspect threw a Molotov cocktail at him, CBS Los Angeles reports.

The video shows the man ignite into a ball of flames. One woman standing nearby races to pull a baby stroller out of harm's way.

The victim is in serious but stable condition. CBS2 and KCAL9 correspondent Andrea Fujii that he was mostly burned from the waist down.

"It's unbelievable someone would use that type of weapon against somebody and in this particular case, someone who was just sitting there, minding his own business," Sgt. Aaron Eaton of Long Beach Police told the station.

Police said they released the disturbing video with hopes that the public can help them find the suspect. Officials told CBS Los Angeles they haven't identified the attacker and they haven't yet determined a motive.

Fujii reports the suspect is described as being in his 20s, Latin, about 5'8"-5'10" tall and 180 pounds. The suspect was wearing light clothing and may have burned himself while committing the crime.