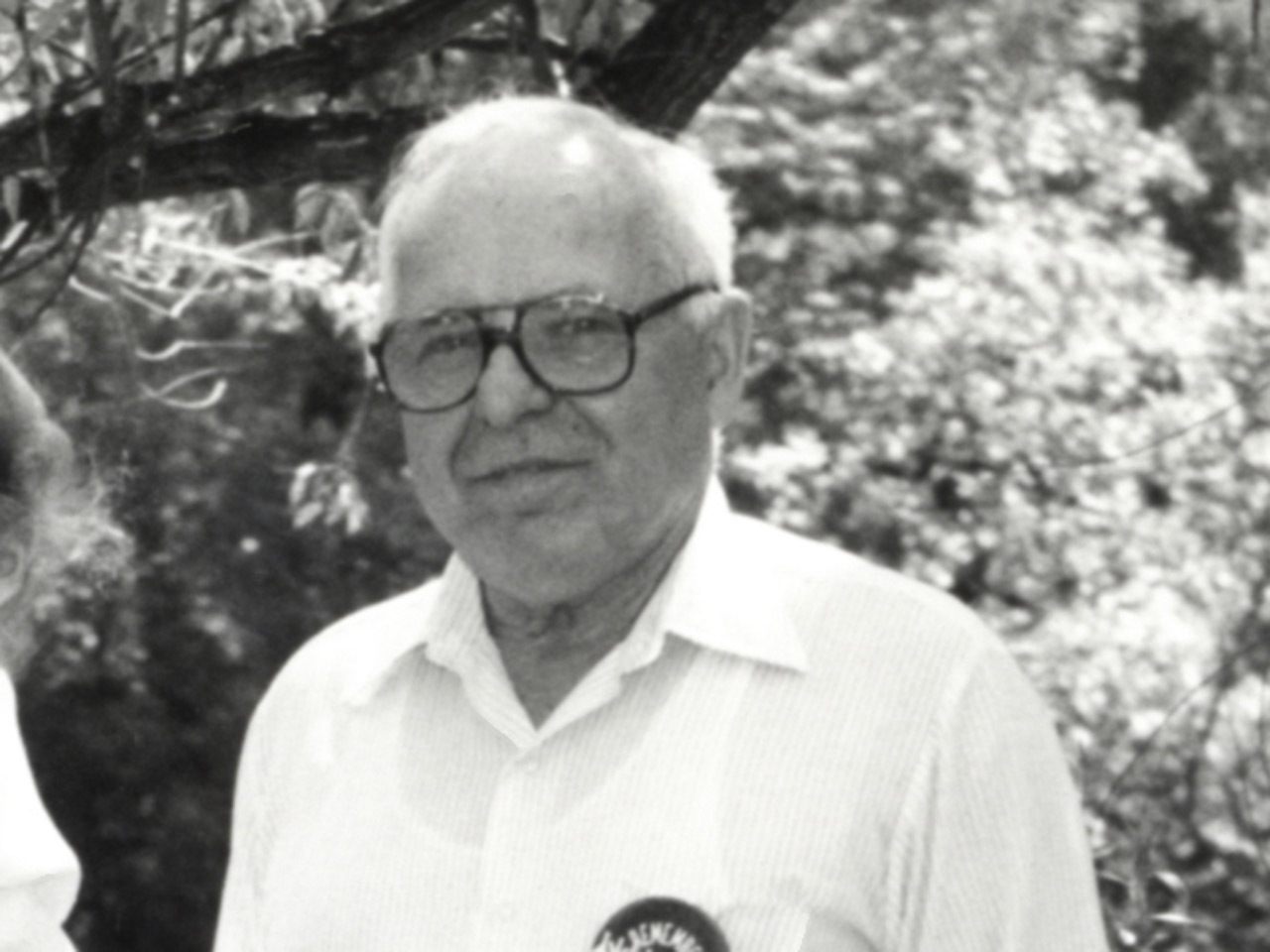 MINNEAPOLIS The revelation that a former commander of a Nazi SS-led military unit has lived quietly in Minneapolis for the past six decades came as a shock to those who know 94-year-old Michael Karkoc.

World War II survivors in both the U.S. and Europe harshly condemned the news and prosecutors in Poland have said they'll investigate.

An Associated Press investigation found that Karkoc served as a top commander in the Ukrainian Self-Defense Legion during World War II.

Karkoc's son, however, blasted the investigation as "notably lacking in proof or evidence."

"This morning The Associated Press intentionally and maliciously defamed our father, Michael Karkoc," Andriy Karkoc said in a statement, read out loud to reporters hours after the report was first released. "Their slander can't hope to besmirch my father's character. It only serves to damage and discredit the AP's credibility. Our family will give The Associated Press an opportunity to retract and withdraw their sensationalistic and scandalous allegations."

"My father was never a Nazi," Andriy continued.

The unit is accused of wartime atrocities, including the burning of villages filled with women and children.

"I know him personally. We talk, laugh. He takes care of his yard and walks with his wife," his next-door neighbor, Gordon Gnasdoskey, said Friday.

"For me, this is a shock. To come to this country and take advantage of its freedoms all of these years, it blows my mind," said Gnasdoskey, the grandson of a Ukrainian immigrant himself.

Karkoc told American authorities in 1949 that he had performed no military service during World War II, concealing his work as an officer and founding member of the legion and later as an officer in the SS Galician Division, according to records obtained by the AP through a Freedom of Information Act request.

Though records do not show that Karkoc had a direct hand in war crimes, statements from men in his unit and other documentation confirm the Ukrainian company he commanded massacred civilians, and suggest that Karkoc was at the scene of these atrocities as the company leader.

Nazi SS files say he and his unit were also involved in the 1944 Warsaw Uprising, in which the Nazis brutally suppressed a Polish rebellion against German occupation.

No one answered the door Friday morning at Karkoc's house on a residential street in northeast Minneapolis.

Karkoc had earlier declined to comment on his wartime service when approached by the AP, and repeated efforts to arrange an interview through his son were unsuccessful.

"My father was never a Nazi," said Karkos, who uses a different spelling for his last name.

He also said the family wouldn't comment further until it has obtained its own documents and reviewed witnesses and sources.

Family attorney Philip Villaume said Saturday that the family may comment further within a few days.

"Their intention is to investigate the matter and research it, and then they'll make a further public statement," he said.

Polish prosecutors announced Friday they will investigate Karkoc and provide "every possible assistance" to the U.S. Department of Justice, which has used lies in immigration papers to deport dozens of suspected Nazi war criminals.

The AP evidence of Karkoc's wartime activities has also prompted German authorities to express interest in exploring whether there is enough to prosecute. In Germany, Nazis with "command responsibility" can be charged with war crimes even if their direct involvement in atrocities cannot be proven.

Efraim Zuroff, the lead Nazi hunter at the Simon Wiesenthal Center in Jerusalem, said that based on his decades of experience pursuing Nazi war criminals, he expects that the evidence of Karkoc's lies as well as the unit's role in atrocities is strong enough for deportation and war crimes prosecution in Germany or Poland.

Former German army officer Josef Scheungraber — a lieutenant like Karkoc — was convicted in Germany in 2009 on charges of murder based on circumstantial evidence that put him at the scene of a Nazi wartime massacre in Italy as the ranking officer.

Members of Karkoc's unit and other witnesses have told stories of brutal attacks on civilians.

One of Karkoc's men, Vasyl Malazhenski, told Soviet investigators that in 1944 the unit was directed to "liquidate all the residents" of the village of Chlaniow in a reprisal attack for the killing of a German SS officer, though he did not say who gave the order.

"It was all like a trance: setting the fires, the shooting, the destroying," Malazhenski recalled, according to the 1967 statement found by the AP in the archives of Warsaw's state-run Institute of National Remembrance, which investigates and prosecutes German and Soviet crimes on Poles during and after World War II.

In a background check by U.S. officials on April 14, 1949, Karkoc said he had never performed any military service, telling investigators that he "worked for father until 1944. Worked in labor camp from 1944 until 1945."

However, in a Ukrainian-language memoir published in 1995, Karkoc states that he helped found the Ukrainian Self Defense Legion in 1943 in collaboration with the Nazis' feared SS intelligence agency, the SD, to fight on the side of Germany — and served as a company commander in the unit, which received orders directly from the SS, through the end of the war.

It was not clear why Karkoc felt safe publishing his memoir, which is available at the U.S. Library of Congress and the British Library and which the AP located online in an electronic Ukrainian library.

Karkoc currently lives in a modest house in an area of Minneapolis that has a significant Ukrainian population.

He recently came to the door without help of a cane or a walker. He would not comment on his wartime service: "I don't think I can explain," he said.

Karkoc and his family are longtime members of the St. Michael's and St. George's Ukrainian Orthodox Church.

"All the time I am here, I know him as a good man, a good citizen," said the Rev. Evhen Kumka, the church's pastor. "He's well known in the congregation."

Kumka moved from Ukraine to Minnesota 19 years ago to lead the congregation, and said Karkoc was already active in the church.

Kumka wouldn't say whether he'd spoken to Karkoc about his past, but said he was skeptical.

"I don't think everything is correct," Kumka said. "As I know him, he is a good example for many people."

Karkoc worked as a carpenter in Minneapolis, and appeared in a 1980 issue of Carpenter magazine among a group celebrating 25 years of union membership.

He was a member and a secretary in the local branch of the Ukrainian National Association, a fraternal organization, and voting records obtained by the AP show he regularly voted in city, state and general elections.

Karkoc's name surfaced when a retired clinical pharmacologist who researched Nazi war crimes in his free time came across it while looking into members of the SS Galician Division who immigrated to Britain.

He tipped off the AP when an Internet search showed an address for Karkoc in Minnesota.

The AP located Karkoc's U.S. Army intelligence file, and got it declassified by the National Archives in Maryland through a FOIA request.

The Army was responsible for processing visa applications after the war under the Displaced Persons Act.

The intelligence file said standard background checks found no red flags that would disqualify Karkoc from entering the United States.

But it also noted that it lacked key information from the Soviet side regarding the verification of his identity.

Wartime documents located by the AP also confirm Karkoc's membership in the Self Defense Legion.

They include a Nazi payroll sheet found in Polish archives, signed by an SS officer on Jan. 8, 1945 — only four months before the war's end — confirming that Karkoc was present in Krakow, Poland, to collect his salary as a member of the Self Defense Legion.

He joined the regular German army after the Nazi invasion of the Soviet Union in 1941 and fought on the Eastern Front in Ukraine and Russia, according to his memoirs, which say he was awarded an Iron Cross for bravery.

He was also a member of the Ukrainian nationalist organization OUN; in 1943, he helped negotiate with the Nazis to have men drawn from its membership form the Self Defense Legion, according to his account. In 1945, the legion was dissolved and folded into the SS Galician Division.

Policy at the time of Karkoc's immigration application — according to a declassified secret U.S. government document obtained by the AP from the National Archives — was to deny a visa to anyone who had served in either the SS Galician Division or the OUN.

Justice Department spokesman Michael Passman in Washington said the agency was aware of the AP story and could not confirm or deny an investigation.

News of Karkoc's past prompted anger from World War II survivors in countries where the Ukrainian Self-Defense Legion was active. In Poland, Honorata Banach told the AP she wants Karkoc to apologize. She was 20 when she fled the Polish village of Chlaniow before it was burned down by the legion.

"There was so much suffering, so many orphans, so much pain," Banach said. She and her mother returned the day after the attack, she said, to see that "everything was burned down, even the fences, the trees. I could not even find my house."

Survivors told her the Ukrainian legion did it, she said.

Sam Rafowitz, an 88-year-old Jewish resident of the Minneapolis suburb of Minnetonka, grew up in Warsaw, Poland, and spent four years working in concentration camps. He took a hard line after hearing the news about Karkoc.

"I think they should put him on trial," said Rafowitz, who lost his mother and other relatives at the Majdanek concentration camp in Lublin, Poland. He said soldiers in the camp were German but that it was run by Ukrainians.

"You don't forget," Rafowitz said. "For me, it's been almost close to 70 years those things happened, but I still know about it. I still remember everything."

Menachem Rosensaft, who was born in the Bergen-Belsen concentration camp, now teaches the law of genocide and war crimes at several New York universities. He said Karkoc is a reminder that the Holocaust and other genocides "cannot be viewed as abstract history."

"I have every confidence that if Mr. Karkoc was not already on the Justice Department's radar screen, he now is," Rosensaft said.