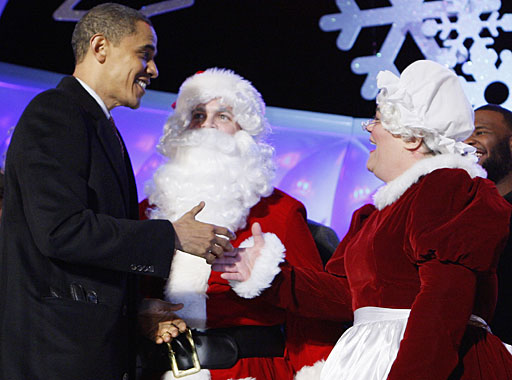 The entrance to the Mississippi River was closed to oceangoing vessels — including cruise ships carrying thousands of passengers — for a second day Sunday while teams searched for the five-member crew of a supply boat that sank after colliding with a container ship.

There was no way to tell when the river may reopen, said Coast Guard Petty Officer Jonathan McCool.

"Probably later than sooner," he said. "It's going to be a complicated evolution. And it's going to hold things up for a while."

The 178-foot offshore supply boat Lee III sank early Saturday and blocked the Southwest Pass, seven miles south of Pilottown, the only channel into the river that can be used by oceangoing vessels.

The collision came just a day after the river had been reopened following a collision Thursday between a tanker and a freighter.

Searchers on boats and in aircraft searched for the supply boat's five missing crew members while Navy salvage divers examined the damage to help investigators learn what caused the wreck.

Commercial divers were en route to look inside the partially submerged hull of the Lee III for its crew, McCool said.

At one point, about 40 ships were backed up, including at least three large cruise ships carrying some 7,900 passengers, McCool said.

Two of the cruise ships scheduled to dock Saturday found alternate ports on Sunday: The Carnival Conquest took 3,600 people to Gulfport, Miss., and the Norwegian Dream cruised up the alternate Mississippi River Gulf Outlet to a cargo terminal where a temporary U.S. Customs station was set up.

But the Grandeur of the Seas, with 2,600 passengers, was too big to leave its New Orleans dock by any other route.

The Grandeur had been scheduled to leave Sunday. The delay was fine for passengers who wanted to see parades during the weekend leading up to Mardi Gras, but not for those who booked the cruise to escape Mardi Gras frenzy.

The cruise ships were full because of the Mardi Gras celebration: "It couldn't have happened on a worse weekend," said Gary LaGrange, chief of the Port of New Orleans.

Many of the cargo ships were scheduled to dock during the weekend but not unload until Monday, LaGrange said.

However, the longer the river was blocked, the more chance of delays for cargo bound for south Louisiana and other ports upriver. Dockings are reserved ahead of time, so missing one means missing more, LaGrange said.

"It's like a chain. Once you take one link out of the chain, the whole system is disrupted."

The river from New Orleans to the Gulf of Mexico was first closed Thursday when a Chinese freighter hit a moored oil tanker at Norco, 30 miles west of New Orleans, puncturing its fuel tanks and spilling 22,000 gallons of oil. The tanker's cargo tanks remained intact.

The Coast Guard reopened the river Friday afternoon, but had to close it again Saturday after the Lee III and the 534-foot container ship Zim Mexico III collided in fog.

The container ship's crew reported damage near the bow but no injuries.

LaGrange said sunken vessels have blocked Mississippi River traffic only twice in the last 40 years, and both were at New Orleans rather than at the outlet to the Gulf of Mexico. A tanker hit a commuter ferry in 1976 and a Chinese ship blew up in the river in 1963, he said.

The Lee III is one of six vessels owned by Ocean Runner Inc., an offshore supply boat company based in Houston.

The Zim Mexico III is registered in Antigua and Barbuda, owned by B. Rickmers GMBH Cie., and operated by Zim American Israeli Shipping Co., McCool said.