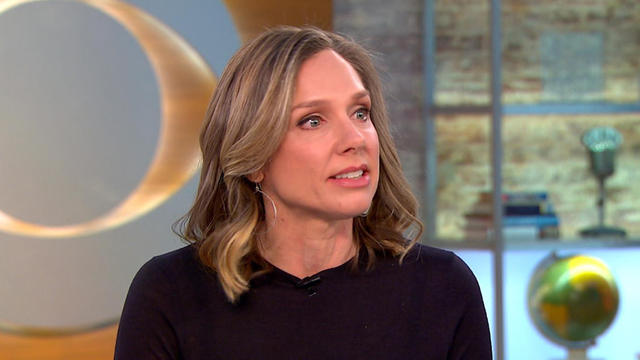 Findings from a new LinkedIn survey show Americans define success as being happy at work, rather than making more money. Only 4 percent of workers say scoring a corner office is a measure of success and 34 percent say they'd be willing to take a 10 percent pay cut if it meant they could design their own work schedule.

As part of our series looking at issues facing the American workforce, LinkedIn's career expert, Catherine Fisher, joined "CBS This Morning" to discuss this shifting definition of success, as well as what motivates millennials and the rise in "side hustles."

For many millennials, according to Fisher, the ability to travel trumps salary.

"So while they're still motivated to have that financial stability, they also want to take some different risks so they can do what they love, which is traveling," Fisher said. "They view that as being successful."

Another hallmark of the millennial workforce is the "side hustle," or what another generation might call "moonlighting."

"It's another job that's not your primary source of income and it's not your 9 to 5. So if you're not getting the passion you want from your 9 to 5 -- let's say you love teaching yoga but it's not going to help you pay your bills -- you do it on the side and that's a side hustle," Fisher explained.

Many workers are shifting their focus from getting a title bump to increasing their skill set.

"So with technology changing so rapidly and the different jobs associated with that changing, there's a fear that if you're not up to date on your skills and you're not keeping yourself open to opportunities you may miss the next big thing," she said.

Another change the study found was the difference in what motivates men versus women.

"The men are more interested in making it home in time for dinner whereas we saw an increase with women who want that next bonus and pay raise," she said.

"What's fascinating is we spend 90,000 hours over the course of our lifetime working. So that's half of your waking hours of working. And we really wanted to understand what motivates people, what gets them up in the morning, really what are people in it for, and they -- what they told us is that success means many different things to different people."