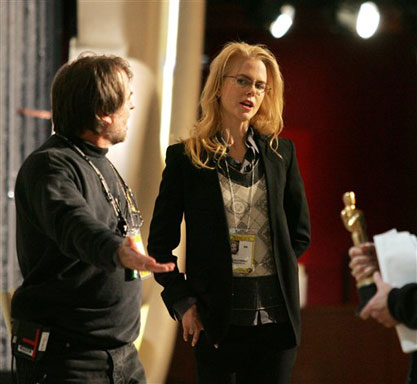 Shields stopped 51 shots and set a San Jose record for the longest scoreless streak as the Sharks beat the Nashville Predators 5-1 Thursday night.

He stopped 37 shots during the first two periods before Patric Kjellberg ended the streak at 141 minutes, 46 seconds when he pushed the puck in at 1:18 of the third.

"Someone called and said if Boston pitched Pedro Martinez every game, they'd win every one," Sutter said. "That's how I feel about Steve Shields."

Shields didn't allow a goal in his two previous games, stopping 26 in relief against Anaheim on Monday and 35 in a 2-0 win over Dallas on Wednesday. His scoreless streak topped Mike Vernon's team record of 130:55, set in 1998.

Shields, whose best save came in the second when he stopped a backhander by Greg Johnson, got plenty of help even though the NHL's top goal-scoring team managed only 23 shots. Bob Rouse stopped a shot in the crease 18 seconds after Kjellberg's goal, his first of the year.

The 52 shots by Nashville were a team record. All 18 Predtor skaters took at least one shot.

Even though the Sharks are the league's highest-scoring team, they have been outshot 246-207 over the first seven games.

"I just relaxed and played the way I can play," Shields said. "I just played and responded to what's in front of me."

Owen Nolan, who has scored a point in every game this season, put the Sharks up 1-0 at 19:37 of the first. He got his seventh goal, tying Los Angeles' Luc Robitaille for the league lead, when the puck bounced off the skate of Nashville defenseman Drake Berehowsky and through goalie Tomas Vokoun's legs.

The Sharks put the game away in the third when they scored four goals in their first seven shots.

Friesen made it 2-0 with a shorthanded goal 57 seconds into the third when he backhanded the puck past Vokoun. Andy Sutton scored a wrister from the left point that appeared to bounce off Johnson's skate and into the goal at 8:28, Patrick Marleau got his first at 13:14 when he pushed the puck behind Vokoun, and Marco Sturm made it 5-1 with an unassisted goal at 14:11.

"It wasn't a strong night for Tomas," Trotz said. "They were weird goals. They went off people's legs."

The Predators, who have one of the loudest buildings in the NHL, found out that even their fans have limits. They booed their second-year team for the first time when Nashville failed to take a shot during a power play trailing 2-1. Johnson understood their frustration.

"We should expect more from ourselves," he said.