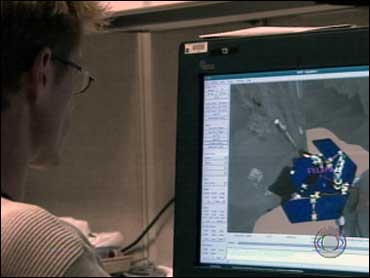 Backing up the best goalie in the world doesn't leave Steve Shields too many chances to show what he can do, so he has to make the most of the chances he gets.

With Dominik Hasek taking a post-Olympics break, Shields stopped 32 shots to help the Sabres earn a 1-1 tie against Boston on Thursday night and extend their unbeaten streak to 11 games - the longest in the league this season.

"He's a great goalie, and he proved it again," said Hasek, who took the day to rest from his gold medal-winning performance and the ensuing celebrations."Any time he gets a chance, he does pretty well."

Alexei Zhitnik, a Russian who won an Olympic silver medal, scored with 46 seconds left in regulation - the only one of 21 Sabres shots to get past Byron Dafoe. Ted Donato's goal with 7.5 seconds left in the second period was the only shot to beat Shields.

"I don't think Hasek could have played better than Shields did tonight," said Boston defenseman Ray Bourque, whose Canadian team fell victim to Hasek in the Olympic semifinals.

"You know Hasek is outstanding 99 percent of the time. With Shields, he might be up or down," he said."Tonight, he was definitely up."

Hasek allowed just six goals in seven games at Nagano, Japan, leading the surprising Czech Republic to the gold medal. The Sabres' goalie then jetted off to Prague for Monday's celebration that drew more than 100,000 people to Old Town Square.

From there, Hasek and fellow Czech and Sabres teammate Richard Smehlik flew through Amsterdam and Detroit to Buffalo, where they played the Toronto Maple Leafs to a 2-2 tie on Wednesday night.

Finally, on Thursday, Hasek was given a rest. That meant Shields got to see action for just the 12th time this season.

"You've got the best player in the world, and you've got to put him out there. I just happen to be sitting behind him," Shields said."When I get the opportunity, I want to prove that I'm not just a backup."

The Bruins finally broke the scoreless tie when Bourque's slap shot from the slot slipped past Shields. The puck came to rest in the crease, and Donato backhanded it into the net.

Zhitnik tied it when his wrist shot from the slot deflected off a defenseman and through Dafoe's legs.

Tha Sabres, who are 5-0-6 in their last 11 games, remained tied with Boston for the sixth spot in the Eastern Conference playoff race.

"We outplayed them for 59 minutes and 14 seconds and then a shot goes in off a a skate and we get one point instead of two," said Bruins coach Pat Burns, whose team is 0-2-3 in its last five games."That's the breaks of the game."