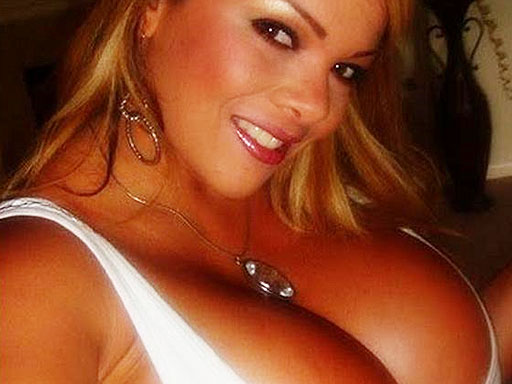 (CBS) Sheyla Hershey, a Brazilian model living in Texas, has never been shy about her proportions. After dozens of plastic surgeries, the 29-year-old mom now claims to have size 38KKK breasts, the world's largest, according to the Brazilian equivalent of the Guinness Book of World Records.

But now, Hershey's breasts may have put her life on the line.

According to Fox News, Hershey contracted a staph infection during her most recent breast implant surgery. The infection has now spread to both breasts and doctors sent her into surgery Tuesday morning. Her implants will be removed and possibly her real breasts, the network reports.

Staph infections, if they spread to the bloodstream, can be fatal.

"I had large fever and painful. I just couldn't breathe properly; it was terrible! I was in bed all day, couldn't get up," Hershey said, according to Fox.

Hershey's out sized ambitions have put her at the forefront of a medical controversy. How much is too much?

According to ABC News, she was forced to go to Brazil for recent surgeries because Texas law prevents inserting more than a gallon of silicon into the human body for fear of toxicity.

"I want to look better each day, every day," Hershey told Houston station KRIV last year.  "Everybody's got a dream inside, you know? And it's good when you can make your dream come true."