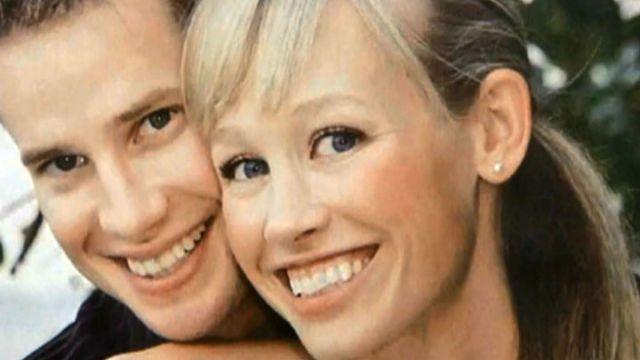 REDDING, Calif. -- The husband of a Northern California woman found bound along the side of a road three weeks after vanishing says the woman was “branded,” burned, had “chain marks” and her hair cut off and weighed only 87 pounds after her rescue.

Keith Papini said in a statement released to Good Morning America that investigators told him to “brace himself” before he was re-united with his wife at a hospital Thanksgiving Day because of her battered condition. Investigators say Sherri Papini, 34, was abducted Nov. 2 after going for a jog near Redding.

Her husband told Good Morning America the woman’s captors threw her from a moving car with a chain around her waist and a bag over her head, and she used the bag to flag down a passing motorist. She was found about 150 miles south of where she disappeared.

“Nothing could have prepared me for what I was about to see upon my arrival at the hospital, nor the details of the true hell I was about to hear,” Keith Papini said. “The mental prison I was in over the past three weeks was shattered when my questions of my wife’s reality became known.”

Keith Papini said the woman was emaciated, her “signature long, blond hair” had been cut off, and her face was “covered in bruises ranging from yellow to black because of repeated beatings, the bridge of her nose broken.” He said the woman had “severe” burns, red rashes, and scabs.

“Sherri was taken from us for 22 days, and suffered incredibly through both intense physical agony and severe mental torture,” Keith Papini said in the statement. “My reaction was one of extreme happiness and overwhelming nausea as my eyes and hands scanned her body. I was filled with so much relief and revulsion at once. My Sherri suffered tremendously and all the visions swirling in your heads of her appearance, I assure you, are not as graphic and gruesome as the reality.”

Speaking on Good Morning America, Shasta County Sheriff Tom Bosenko confirmed the details about Sherri Papini’s condition, but said his office had not yet publicly released the information. He wasn’t able to confirm Keith Papini’s account of the woman being thrown from a moving vehicle, saying the information he had indicted the woman was dropped off, bound, by her captors.

Investigators were on Sunday able to conduct their first in-depth interview with the woman, Bosenko said. Based on information she gave police, investigators are searching for two Hispanic women armed with a handgun and driving a dark SUV.

Bosenko said investigators still haven’t been able to determine a possible motive or whether the abduction was targeted or random.

In the statement, Keith Papini blasted those who had speculated on social media that the woman’s abduction was a hoax.

“Rumors, assumptions, lies, and hate have been both exhausting and disgusting. Those people should be ashamed of their malicious, sub human behavior,” he said. “We are not going to allow those people to take away our spirit, love, or rejoice in our girl found alive and home where she belongs.”