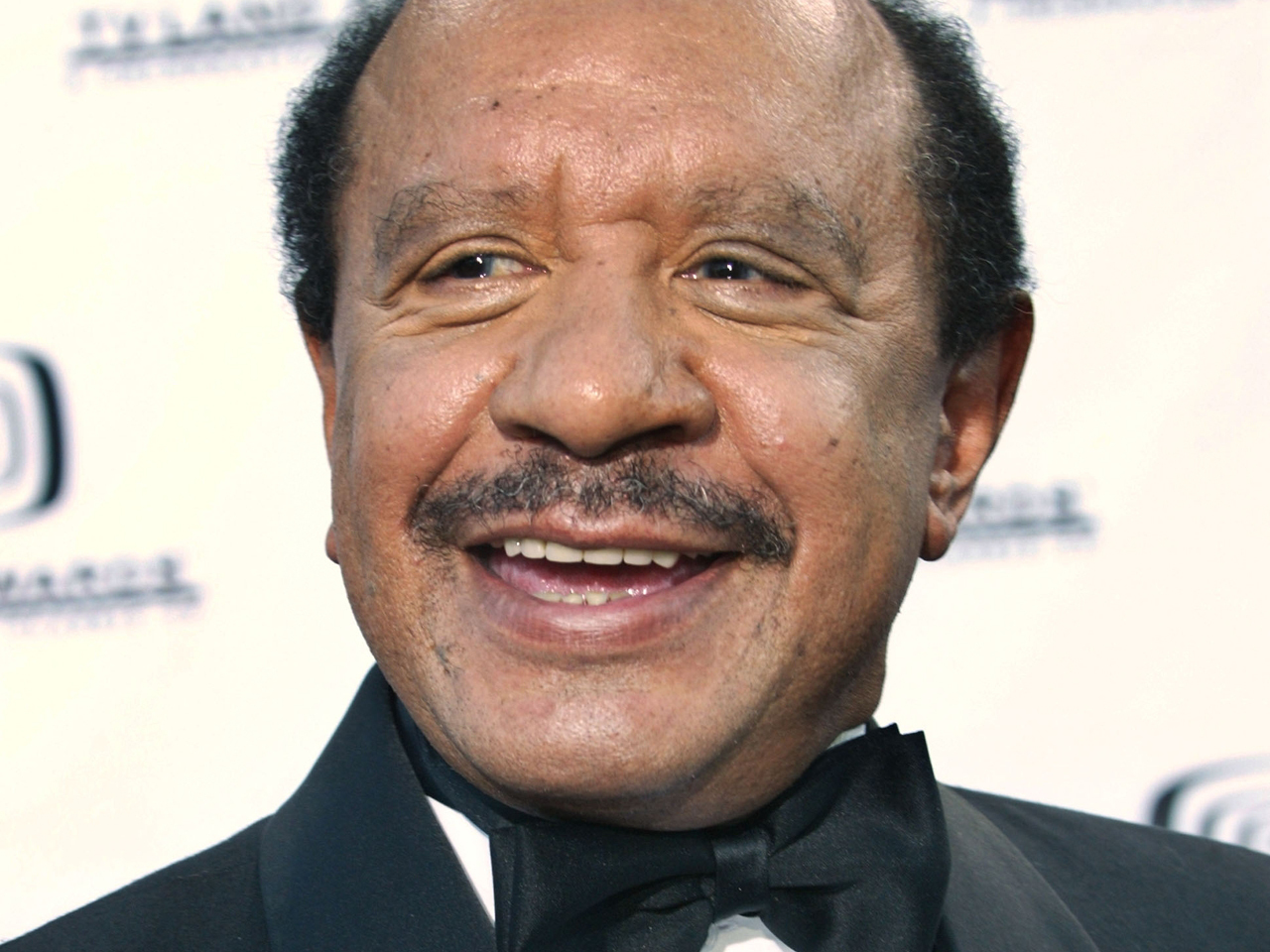 (CBS/AP) Sherman Hemsley, who played George Jefferson on "The Jeffersons," has died.

CBS affiliate KDBC confirmed Tuesday that the actor was found dead at his home in El Paso, Texas. He was 74.

Hemsley gave life to the blustering black Harlem businessman on "The Jeffersons," one of TV's longest running and most successful sitcoms - particularly noteworthy with its mostly black cast.

The Philadelphia-born Hemsley, first played George Jefferson on CBS's "All in the Family" before he was spun off onto "The Jeffersons." The sitcom ran for 11 seasons from 1975 to 1985.

With the gospel-style theme song of "Movin' On Up," the hit show depicted the wealthy former neighbors of Archie and Edith Bunker in Queens as they made their way on New York's Upper East Side. Hemsley and the Jeffersons (Isabel Sanford played his wife) often dealt with contemporary issues of racism, but more frequently reveled in the sitcom archetype of a short-tempered, opinionated patriarch trying, often unsuccessfully to control his family.

Hemsley's feisty, diminutive father with an exaggerated strut was a kind of black corollary to Archie Bunker - a stubborn, high-strung man who had a deep dislike for whites (his favorite word for them was honkies). Yet unlike the blue-collar Bunker, played by Carroll O'Connor, he was a successful businessman whose was as rich as he was crass. His wife, Weezie, was often his foil - yet provided plenty of zingers as well.

Despite the character's many faults - money-driven, prejudiced, temperamental, a boor - Hemsley managed to make the character endearing, part of the reason it stayed on the air for so long.

Much like O'Connor's portrayal of Archie Bunker, deep down, Hemsley's Jefferson loved his family, his friends (even the ones he relentlessly teased) and had a good heart. His performance was Emmy and Golden Globe nominated.

"He was a love of a guy" and "immensely talented," Norman Lear, producer of "The Jeffersons" and "All in the Family," said after learning of his death. El Paso police said the actor was found dead at a local home where neighbors said he'd lived for years, and that no foul play is suspected.

"When the Jeffersons moved in next door to the Bunkers, I wanted to deliver the George Jefferson who could stand up to Archie Bunker," Lear recalled Tuesday. "It took some weeks before I remembered having seen Sherman in 'Purlie' on Broadway."

Hemsley read for the part and "the minute he opened his mouth he was George Jefferson," Lear said. Hemsley was smaller than O'Connor's Archie but "he was every bit as strong as Archie," Lear said.

Sherman Alexander Hemsley, though, was far less feisty. The son of a printing press-working father and a factory-working mother, Hemsley served in the Air Force and worked for eight years as a clerk for the Postal Service.

Having studied acting as an adolescent at the Philadelphia Academy of Dramatic Arts, he began acting in New York workshops and theater companies, including the Negro Ensemble Company. For years, he kept his job at the post office while acting at night, before transitioning to acting full-time.

He made his Broadway debut in 1970's "Purlie," a musical adaptation of Ossie Davis' Jim Crow-era play "Purlie Victorious." (Hemsley would later star in a 1981 made-for-TV version of "Purlie," as well.) It was while touring the show that Hemsley was approached by Lear about playing a character on the sitcom that would become "All in the Family."

Hemsley joined the show in 1973, immediately catapulting himself from an obscure theater actor to a hit character on the enormously popular show. Two years later, "The Jeffersons" was spun off. Among the numerous "All in the Family" spin-offs ("Maude," "Archie Bunker's Place, "704 Hauser"), "The Jeffersons" was the longest-running.

The character, the owner of a chain of dry-cleaning stores, was devised, Hemsley said, as "pompous and feisty."

"All of it was really hard ... because - rude, I don't like to be that way," Hemsley said in a 2003 interview for the Archive of American Television. "But it was the character, I had to do it. I had to be true to the character. If I was to pull back something, then it just wouldn't work."

And he brought some of his hometown with him. "That dance I do (as George Jefferson), it's the Philly Slop," he told the Philadelphia Daily News in 1996.

After "The Jeffersons" was abruptly cancelled, Hemsley starred in the sitcom "Amen" as a fiery Philadelphia church deacon, Ernest Frye. The show latest five years, running 1986 to 1991.

Jackee Harry, a longtime friend who made appearances on the show, said she and Hemsley had planned to tour in the musical "Ain't Misbehavin"'. She said they had discussed it recently and hat he seemed in good health and in good spirits.

"It's a sad, sad, sad day," she said from her home in Beverly Hills, Calif.

She described him as "a very private person unlike George Jefferson. But he was very kind and very sweet, and generous to a fault."

Hemsley frequently turned up as a guest on sitcoms like "Family Matters," "The Hughleys" and even, in a voice role, "Family Guy." He twice reprised George Jefferson, appearing as his famous character on "The Fresh Prince of Bel-Air" and, in 2011, on "House of Payne." He also made appearances in commercials for Old Navy, Gap and Denny's, alongside his "Jeffersons" co-star, Sanford.

In an interview with the Gloucester County Times in 2011, Hemsley said his show business career actually began in childhood.

"Making people laugh was automatic," he said. "I was in a play in elementary school and had to jump up and run away. I was nervous and tripped and fell down and everyone laughed. Their laughter made me relax, so I pretended it was part of the show."

"I always told my mother I wanted a job where I could have a lot of fun and have a lot of time off," Hemsley added. "She asked me where I was going to find that, and I said, 'I don't know, but it's out there."'

Sources told TMZ that Hemsley appeared to have died of natural causes. He had no wife or children.