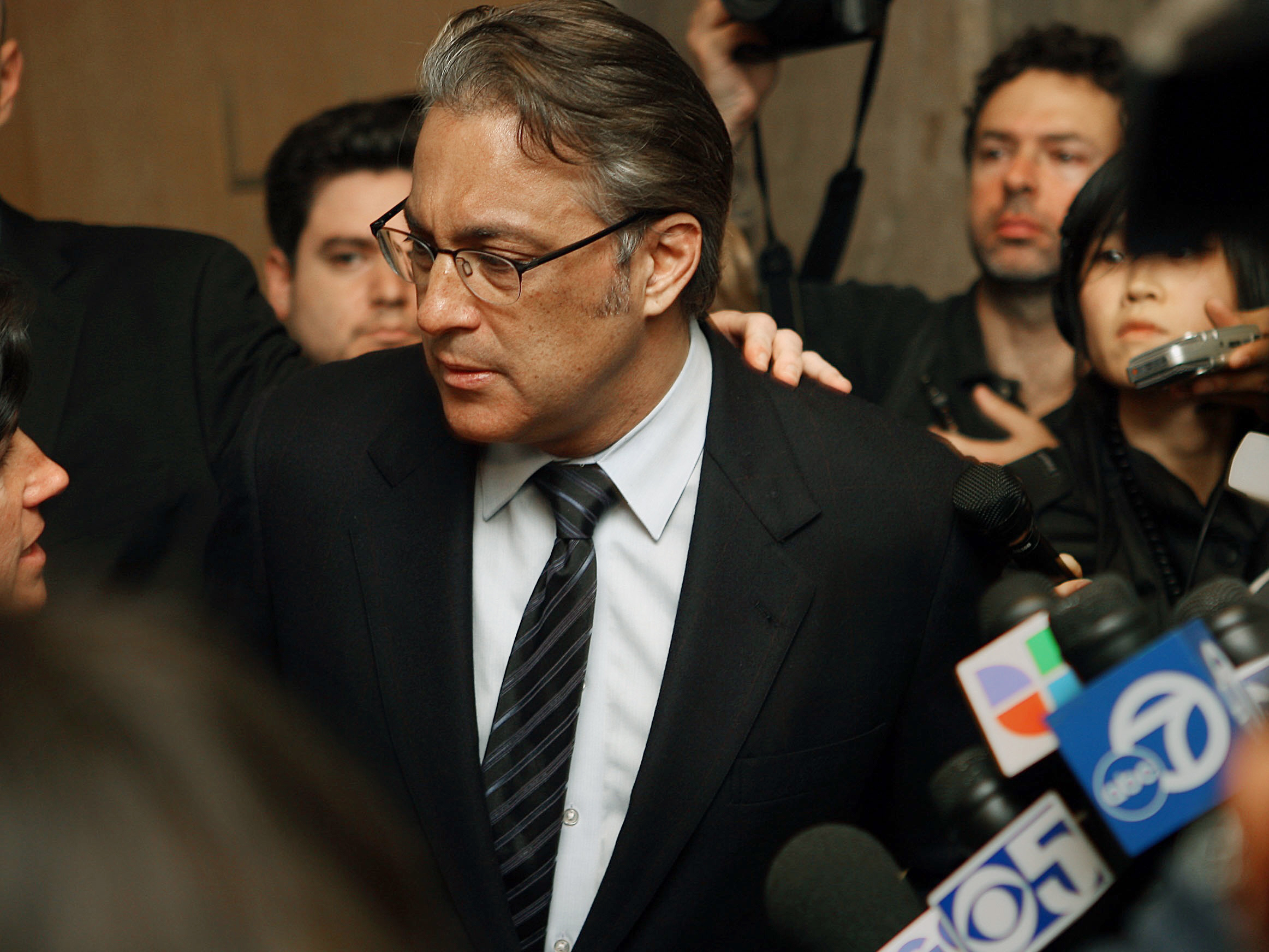 (CBS News) There's a very public showdown between the mayor and local sheriff in San Francisco.

Sheriff Ross Mirkarimi has pleaded guilty to a misdemeanor stemming from a violent argument with is wife, Eliana Lopez, a Venezuelan soap opera actress.

Mirkarimi was sentenced Monday to three years probation and to attend a domestic-violence intervention program. He's under court order to stay away from his wife.

But, instead of resigning, Mirkarimi chose to face proceedings to have him removed. "I do not believe that the conduct that I have taken ... responsibility for constitutes official misconduct within the meaning of the law," he said.

On New Year's Eve, a bruised Lopez went to her neighbor, Ivory Madison who has a law degree and runs a literary website with her husband, Abraham Mertens, a lawyer.

They later gave police pictures and video on which, a law enforcement source told CBS News, a shaken Lopez said her husband kept her a virtual prisoner in their home, unable to go to the market or see friends, threatening to have her deported.

When he was charged, Mirkarimi was booked into the county jail he runs. Lopez now claims she went to the neighbors as lawyers, not friends, and they violated attorney-client privilege in telling the police. She has since stood by her husband.

"We are together and we are fighting," Lopez said in January. "We're going to fight this."

They're also fighting the neighbors, who now claim Lopez demanded that they destroy the video, e-mail and texts from Eliana about the incident.

Kathy Black, who runs a San Francisco women's shelter, says it's not uncommon for battered wives to recant complaints about their husbands. "They're afraid for what's going to happen to them. What does their future hold?" she explaind.

Mirkarimi said the whole thing has been hard on him. "I haven't seen or spoken to my wife in 9 weeks, I see my son an average of 2 hours a day. It's been cruel, it's been crushing."

Mirkarimi is suspended from office while proceedings determine whether a sheriff convicted of domestic abuse should be the jailer of others accused of the same thing.

To see Mark Strassmann's full report, click on the video in the player above.