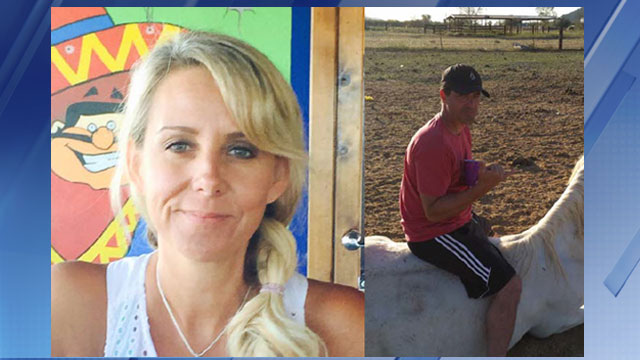 MARICOPA, Ariz. - Authorities have found two bodies and a man is in custody in the case of the Arizona couple who went missing last week, reports CBS affiliate KPHO.

Mike and Tina Careccia reportedly left their home early on the morning of June 22. They told family members the night before that they had an appointment in the East Valley and Tina Careccia was running an errand for her boss. Her purse was left at the home in her room and the item she was supposed to deliver for her boss was in that purse.

Pinal County Sheriff Paul Babeu said Thursday morning that the bodies were found during a search of a property not far from where the couple's car was found last week.

The Pinal County Sheriff's Office served a search warrant at the house Wednesday afternoon and detained a "person of interest," who KPHO reports has been identified as Jose Valenzuela. Valenzuela reportedly lives at the property where the bodies were found.

Investigators could be seen digging in the backyard Wednesday night.