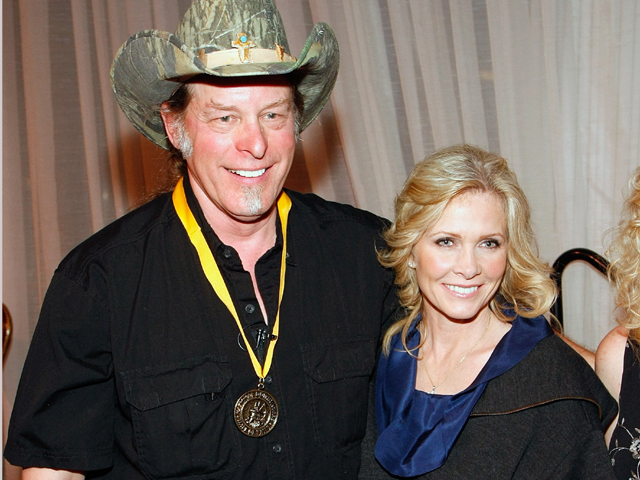 (CBS) DALLAS - Shemane Nugent, the wife of singer Ted Nugent, has been arrested for having a gun in her carry-on luggage at the Dallas/Fort Worth International Airport, reports The Dallas Morning News.

According to the paper Shemane Ann Nugent, 51, was taken into custody Thursday afternoon after they found a gun in her luggage.

David Finn, Nugent's attorney, reportedly said his client has a concealed handgun license and that taking the gun to the airport was an "honest mistake." Finn said Nugent had been working late the night before and got up early on Thursday to get to the airport and had either forgotten or never realized the weapon was in her bag.

The paper reports Finn said Nugent is "embarrassed" and she apologizes for causing inconvenience. He doesn't expect her to be indicted by a grand jury in this case.

Shemane has been married to Ted Nugent since 1989, according to the paper.