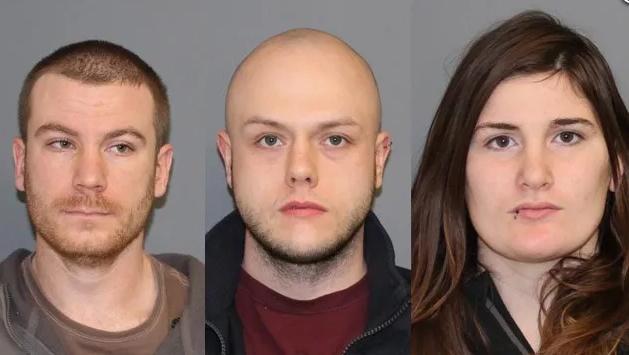 DERBY, Conn. -- Connecticut police say a man threw another man 45 feet off a bridge because he intervened in an argument between the suspect and his girlfriend.

Police say Rottjer and Hannum were arguing as they walked across the bridge over the Housatonic River between Derby and Shelton. The victim and his brother asked Hannum if she was OK, which prompted Rottjer and Dorso to start a fight that ended with the victim in the icy water.

CBS affiliate WSFB-TV reports the victim told police that he told Rottjer to "chill out." But, police said cell phone video shows Rottjer go after the victim who was backing up with his hands in the air.

It was unclear if the suspects had lawyers.