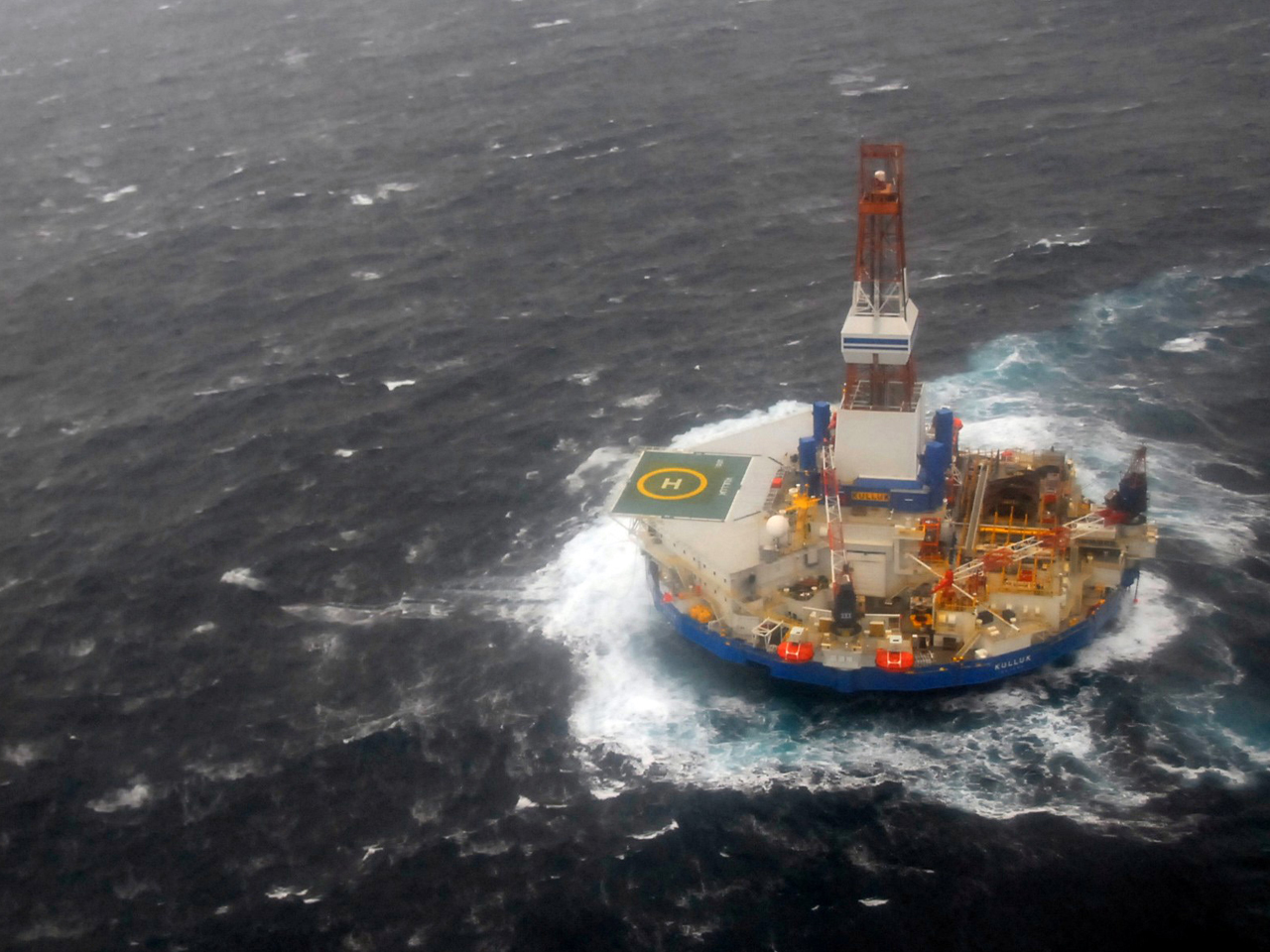 ANCHORAGE, Alaska Shell Alaska says a drifting drill ship that broke loose from tow vessels during a severe storm has run aground on the southeast side of Sitkalidak Island.

Shell's unified command center says the Kulluk grounded around 9 p.m. Monday. It says the crew of a tug boat had been ordered to separate from it earlier in the night for the safety of its crew members.

The Kulluk is one of two Shell drill ships that operated in U.S. Arctic waters in 2012. It had been under tow by a tug and a 360-foot anchor handler before it broke loose earlier Monday night.

The vessel first separated from a towing vessel Thursday night south of Kodiak Island. Repeated attempts to control it in the rough North Pacific have been unsuccessful.

All 18 crew members on the Kulluk were safely evacuated Saturday from the drill ship, which has no propulsion system of its own.