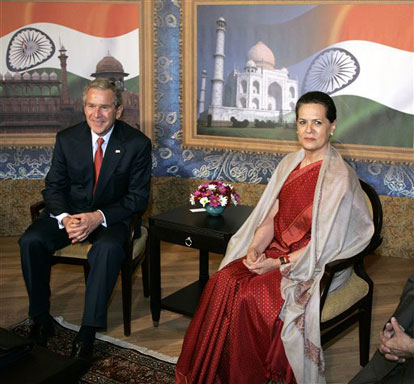 Gary Sheffield got even in a big way.

Angry after being brushed back in his previous at-bat, the Dodgers slugger hit a pivotal grand slam in the sixth inning that helped Los Angeles beat the Philadelphia Phillies 9-7 Sunday.

Sheffield finished with two hits and drove in a season-high six RBIs as the Dodgers took two of three in the series.

In Sheffield's third at-bat, he got into an argument with catcher Gary Bennett when questioning an inside pitch by reliever Steve Schrenk. No punches were thrown but the argument escalated enough that home plate umpire Marvin Hudson had to separate the two players. Sheffield then was retired on a smash to the pitcher's mound.

"It was a pitch that came close to my head," Sheffield said. "I just told (Bennett) his uniform looked nice. He said I had nice spikes with the No. 10 on them and everything."

Said Bennett: "I know in this league hitters get upset when you see a pitch up-and-in. I thought he was overreacting and we had some small conversation."

But Sheffield had the last word in the sixth, after the Phillies cut the Dodgers' lead to 5-4.

After Steve Montgomery walked Mark Grudzielanek to load the bases, Phillies pitching coach Galen Cisco made a trip to the mound to discuss how to pitch to Sheffield. The strategy didn't work.

Swinging on a first-pitch fastball, Sheffield hit a 410-foot shot into the left-field bleachers for his 21st homer of the season.

"There was a lot of anger built up in me for that at-bat," Shffield said. "I'm not going to hit a ball that far unless there's some anger inside me."

Phillies manager Terry Francona was once again disappointed with his bullpen, which gave up 11 runs in 12 innings during the series.

"You're asking for trouble when you walk somebody or give up a hit to get to Sheffield," Francona said. "It's something that has happened a lot in this series and that's not good baseball."

Chan Ho Park (7-10) got his first victory since July 17. He went six innings, allowing six hits and four runs, to improve his career record to 4-0 against the Phillies. Park had three losses and three no-decisions after beating the Anaheim Angels on July 17.

"I thought Chan Ho threw the ball OK," Dodgers manager Davey Johnson said. "I think it's been an emotional thing for him over the last couple of weeks. He tries to do a little too much with the big hitters when instead he should be trying to stay in that nice easy zone where he mixes his pitches."

Eric Young and Jose Vizcaino each had three hits for the Dodgers, and Jeff Shaw got the final three outs for his 25th save.

It was an eventful game for Sheffield, who put the Dodgers up 2-0 in the first with a two-run double off Anthony Shumaker (0-2).

In the second, Sheffield's line drive hit Shumaker in the right hand. The pitcher retired Sheffield to end the inning, but had to leave the game with a bad bruise.

The Dodgers made it 5-1 in the second on Vizcaino's RBI double and Young's two-run double.

Kevin Jordan, playing for Scott Rolen at third, led the Phillies with a two-run homer and a career-high four RBIs.

Jordan's second homer of the season came in the seventh off Pedro Borbon. Domingo Cedeno added an RBI double off Alan Mills that cut the Dodgers' lead to 9-7, but Mills escaped further damage by getting Kevin Sefcik, the potential tying run, to ground out.

Jordan, Rico Brogna and Marlon Anderson ad consecutive RBI singles for the Phillies in the fifth.