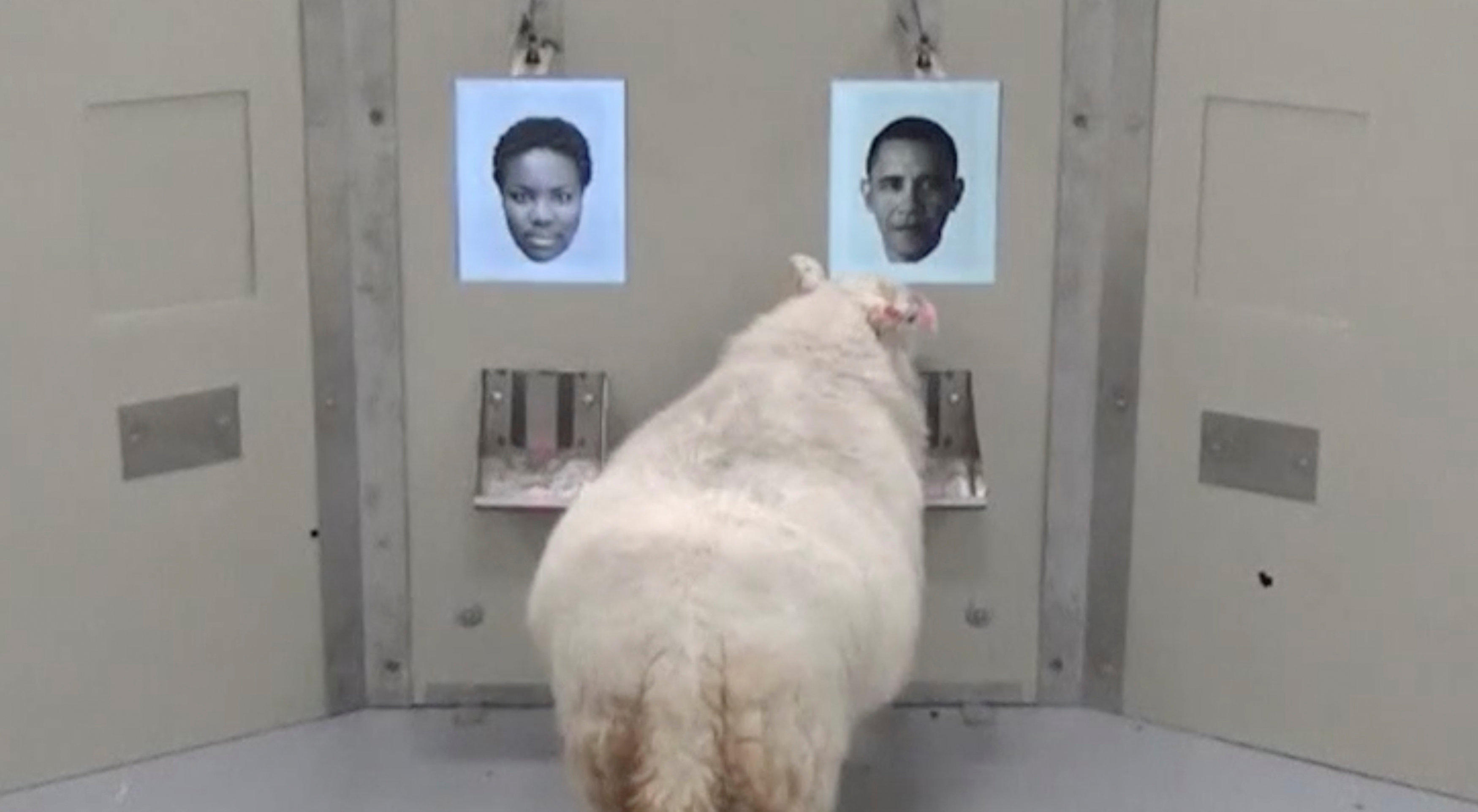 According to new research from the University of Cambridge in England, sheep are able to recognize human faces from photographs.

The farm animals, who are social and have large brains, were previously known to be able to recognize one another, as well as familiar humans. However, their ability to recognize human faces from photos alone is novel.

The recent study, the results of which were published in the journal Royal Society: Open Science, show the woolly creatures could be trained to recognize still images of human faces, including those of former President Barack Obama and actress Emma Watson.

Initially, the sheep were trained to approach certain images by being given food rewards. Later, they were able to recognize the images for which they had been rewarded. The sheep could even recognize images of faces shown at an angle, though their ability to do so declined by about 15 percent -- the same rate at which a human's ability to perform the same task declines.

"Anyone who has spent time working with sheep will know that they are intelligent, individual animals who are able to recognize their handlers," said Professor Jenny Morton, who led the Cambridge study. "We've shown with our study that sheep have advanced face-recognition abilities, comparable with those of humans and monkeys."

Recognizing faces is one of the most important social skills for human beings, and some disorders of the brain, including Huntington's disease, affect this ability.

"Sheep are long-lived and have brains that are similar in size and complexity to those of some monkeys. That means they can be useful models to help us understand disorders of the brain, such as Huntington's disease, that develop over a long time and affect cognitive abilities. Our study gives us another way to monitor how these abilities change," Morton said.

Morton and her team recently began research on sheep that have been genetically modified to carry the mutation for Huntington's disease.