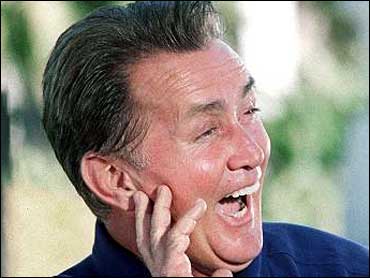 Actor Martin Sheen said executives of the NBC television network fear his opposition to a U.S.-led war against Iraq will hurt his popular television show "The West Wing."

Sheen, who plays fictional U.S. President Josiah Bartlet on the NBC series, told the Los Angeles Times for a story Sunday that the show's staff has been "100 percent supportive" but top network executives have "let it be known they're very uncomfortable with where I'm at" on the war.

The 62-year-old actor helped lead a "Virtual March on Washington" last week that flooded the White House with thousands of anti-war e-mails and has spoken out against the potential war in public.

NBC spokeswoman Rebecca Marks told The Associated Press on Sunday that she knows of "no concern among top management at NBC regarding Mr. Sheen's stand against the war or fear that it could impact the show."

"While Martin Sheen, Susan Sarandon, Jeanine Garafolo and other Hollywood leftists are airing television commercials attacking our President for his courageous stance against terrorism, Citizen United has teamed up with Sen. Thompson to produce and air commercials in defense of our President and our country," Bossie said.

The 30 second ad began running on cable on Sunday. Their goal is "to match the left dollar for dollar" So far they say they've raised and spent $400,000.