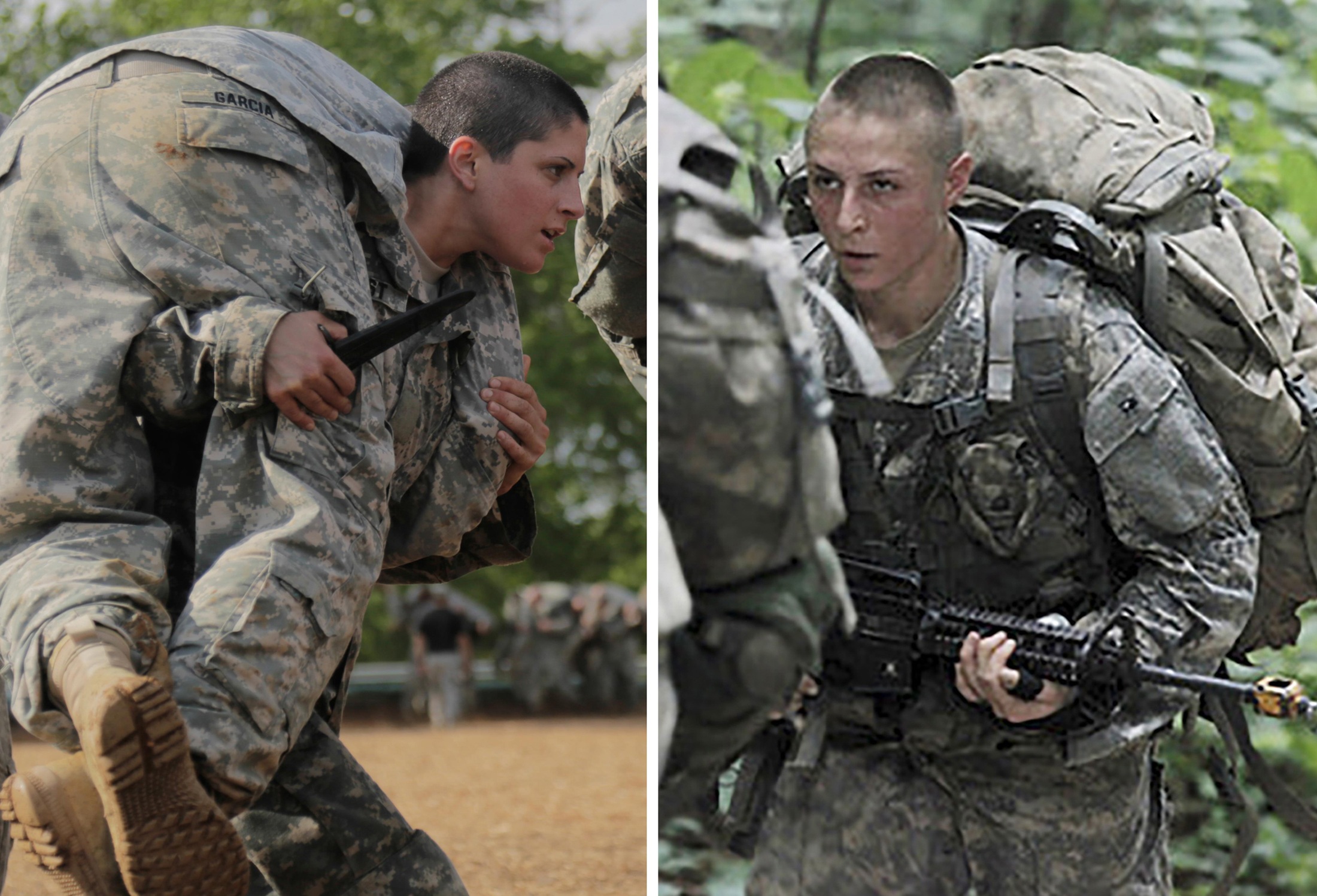 FORT BENNING, Ga. -- One of the first women to graduate from the Army's grueling Ranger School says she hopes her success will go toward proving that women in the military are capable of doing the same jobs that men do.

Capt. Kristen Griest of Orange, Connecticut said her successful completion of the two-month program shows that women "can deal with the same stresses and training that men can."

Griest and First Lt. Shaye Haver of Copperas Cove, Texas, will graduate at Fort Benning, Georgia, along with 94 men on Friday.

Haver had a message for other women considering tackling the Ranger School: "I hope they come with a strong mind."

"I couldn't be more proud and humbled by the experience," Haver said.

Both women are graduates of the U.S. Military Academy at West Point.

Griest, who said she had several peers and mentors who encouraged her to tackle the program, admitted that she felt some extra pressure as a female soldier.

"I was thinking of future generations of women," she said, "so I had that pressure on myself."

Griest told reporters that one of the most difficult portions of the training came in the swamps of Florida. Haver admitted "there's definitely a point you hit along the way" when she considered quitting the rigorous training.

Defense Secretary Ash Carter said he personally congratulated Griest and Haver. At a Pentagon news conference, he called the women trailblazers who showed their capabilities by finishing what Carter called the Ranger "proving ground."

Scott Miller, the Maneuver Center of Excellence commanding general at Fort Benning, said he vowed before the program began that there "would be no change to the standards - and there weren't."

Cmd. Sgt. Major Curtis Arnold said both women are "tough soldiers" who proved their mettle beyond a doubt. He said a decade ago he would have doubted a woman could pass the rigorous course.

Haver and Griest not only finished the course they started in April - they had to start from scratch, having failed two previous attempts. Out of 19 women who began the program, Haver and Griest are the only two to finish so far.

"These two soldiers have absolutely earned the respect of every Ranger instructor," Arnold told reporters. "They do not quit and they do not complain."

Arnold said he suspects Haver and Griest had extra motivation to graduate "because you know everyone is watching. And truthfully there are probably a few folks who want you to fail. So you've got to put out 110 percent."

CBS News national security correspondent David Martin reported that the Army initially refused to officially identify either woman in part to shield them from snarky comments that popped up on social media. Cracks like "what standards were lowered? Did they only have to do one pull-up?" were typical.

Martin reported that one of the commanders of the Ranger course compared the graduation of the first women to breaking the four-minute mile. Once the barrier is broken, others will quickly follow.

"We ourselves came to ranger school skeptical, with our guards up ready just in case, you know, the haters and the naysayers," said Haver.

Griest described the difficulty of the course, but also her perseverance.

"I definitely had some low points, particularly in the swamps in Florida," said Griest. "But never actually thought anyhting was going to be too difficult that it was worth leaving the course."

Griest, 26, and Haver, 25, are "happy, relieved, and ready for some good food and sleep" before they line up Friday at Fort Benning alongside 94 male soldiers who also earned the coveted black-and-gold Ranger tab to adorn their uniforms.

The course tests soldiers' ability to overcome fatigue, hunger and stress during combat operations. The Army opened Ranger School to female soldiers for the first time this year as part of the military's push to open more combat jobs to women.

Griest grew up loving to camp in the wilderness and test her endurance, making her a natural to take on Ranger School, her brother said. He noted she chose to become a military police officer because she felt it was the closest she could get to an Army combat job.

"If she had been allowed to go infantry out of college, she would have done that," Griest's older brother, Army Chief Warrant Officer 2 Mike Griest, told The Associated Press in a phone interview

Haver followed in her father's footsteps to become a pilot of attack helicopters. He also served as a career Army aviator who flew Apaches, and said his daughter has always been mentally tough and incredibly physically fit. He said she has run marathons and competed in triathlons for West Point.

"She's kind of built for this thing," Chris Haver said.

While the graduating female soldiers have earned the coveted black-and-gold Ranger tab to wear on their uniforms, for now they're still unable to join the elite 75th Ranger Regiment based at Fort Benning. The military's toughest jobs - including positions in infantry, armor and special operations units such as the Ranger Regiment - remain closed to women.

Haver won admission to West Point as a high school senior in December 2007. At the time, she told her hometown newspaper that being raised in a military family fueled her desire to become an Army officer. She said her determination to join was strengthened after several soldiers who were her father's friends died in Iraq.

After graduation, Haver will go back to flying Apache helicopters and Griest will return to her military police unit and wait for the rules to chance so she can join Special Forces.