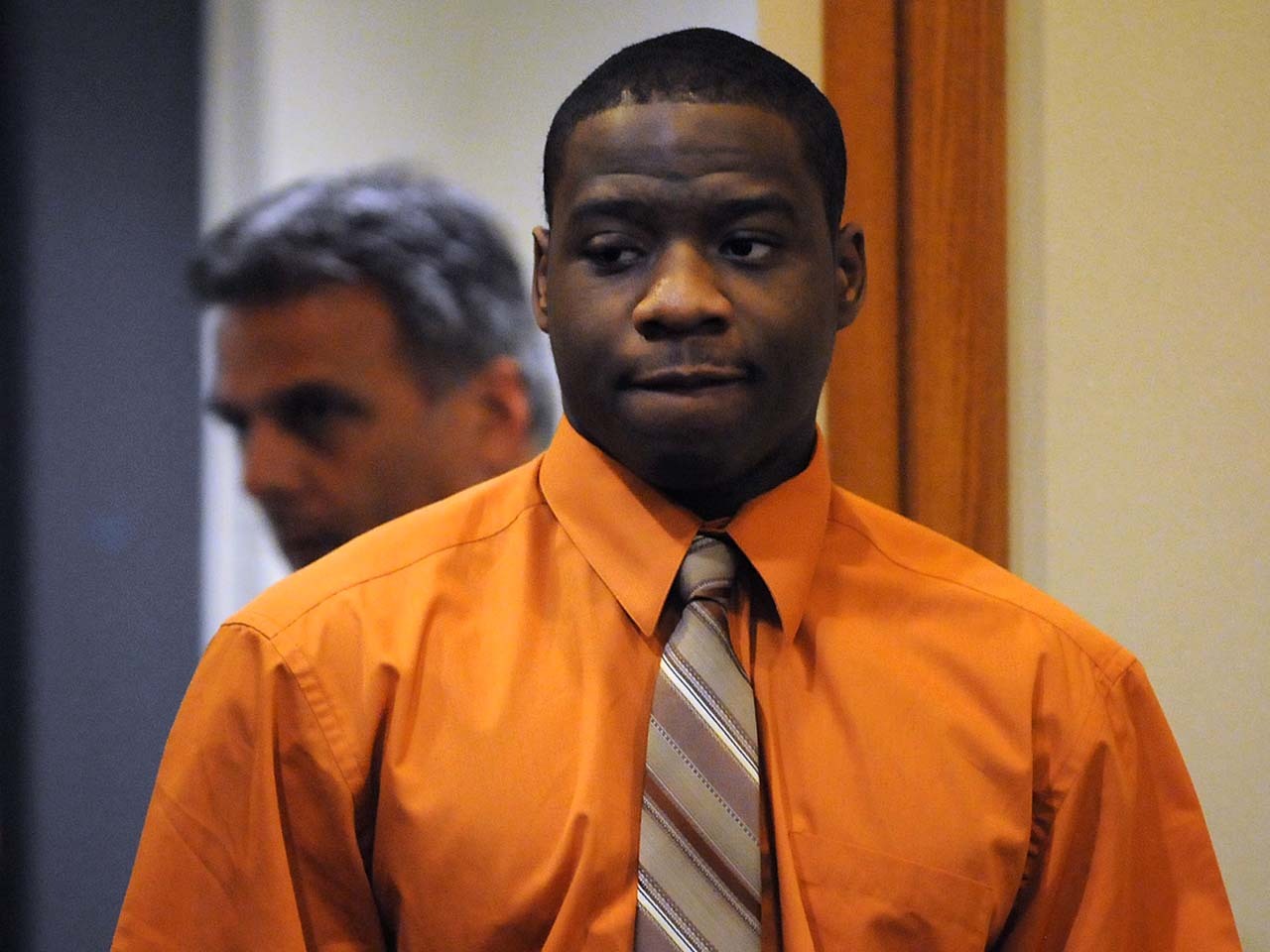 (AP) SARASOTA, Fla. - A Florida teenager received a life sentence Wednesday after a jury convicted him of first-degree murder in the shooting deaths of two young British tourists last April, a case that generated blaring tabloid headlines in the U.K. press.

Shawn Tyson, 17, sat stone-faced as the jury's verdict was read and as two friends of the victims spoke angrily about the crime. When Judge Rick De Furia asked Tyson if he wanted to say anything before being sentenced, Tyson mumbled, "No."

The verdict came after two hours of deliberations and the sentencing about an hour after the verdict. Because he is under 18, Tyson is ineligible for the death penalty and is facing a mandatory life sentence.

During the trial, witnesses testified that Tyson shot James Cooper, 25, and James Kouzaris, 24, last April 16. The two men were vacationing in Sarasota and spent an evening drinking when they got lost and walked into a housing project where Tyson lived. Details of their deaths have gripped the British news media. Tabloids there have written stories saying the men were "slaughtered" in a Florida "ghetto."

In a statement, the families of Cooper and Kouzaris accused Tyson of being "evil," saying that they had been given "a life sentence when our sons were so brutally and needlessly taken from us. Ours is a life sentence, with no chance of parole from a broken heart, and a shattered soul."

Joe Hallett, a friend of the victims who sat through the entire trial, said the pair befriended people from different walks of life and would have tried that with Tyson, as well.

"I have to try to make you understand the pain you brought to so many people," Hallett said to Tyson. "It was through your deadly action that you've taken us all on a journey to hell. Every night before you go to sleep, every morning you wake up, I want you to think of my friends who were murdered."

During a news conference in front of the courthouse following the verdict, Hallett praised Sarasota police and municipal officials. But he criticized the U.S. government for what he said was its failure to send condolences to the victims' families.

A prosecutor also read a statement from Cooper's parents and played a video at the request of his parents. The video, which portrayed the young man from the time he was born, was also played at his funeral.

Kouzaris was from Northampton and Cooper was from Hampton Lucy, Warwick. Both were considered fun-loving world travelers by friends — but also smart and cautious. Authorities said both were drunk when they got lost and wandered just before 3 a.m. into the housing project where Tyson lived.

Witnesses testified that Tyson told them he saw two "crackers" — his phrase for white people — walking through the neighborhood and that he intended to rob them. The tourists said they didn't have any money and begged Tyson to let them go home. The men also told Tyson that they were lost.

"Since you ain't got no money, then I have something for your ass," Tyson recounted to a witness, then added that he shot the men several times.

The tourists' bodies were found shirtless on the street and their baggy pants were pulled down to their thighs. Both men still had their wallets and did in fact have money; Cooper also had a cellphone and camera in his pants pocket. Authorities later found that Kouzaris' blood alcohol level was 0.243 and Cooper's was 0.214 — well past Florida's legal limit for intoxication when driving, which is 0.08.

During closing arguments, Assistant State Attorney Ed Brodsky told the jury that the case was about "opportunities."

In the end, Tyson was his own undoing. Several prosecution witnesses said Tyson told friends about the shootings in the hours after the killings, then asked friends to hide the murder weapon and bury bullets. A DNA expert said Tyson's skin cells were found on Cooper's jeans.

Tyson maintained to police that he was at home during the murders. But witnesses spotted him crawling into his window shortly after hearing gunshots.

Tyson did not testify. His attorneys called only one witness, a crime scene technician, and questioned him briefly. Defense attorneys also tried to discredit the witnesses by saying many of them had criminal records and cooperated with detectives to avoid jail time.

The defense also said no one saw Tyson shoot Cooper and Kouzaris.

Authorities say Tyson wasn't alone the night of the shooting; police have not charged the second suspect because they don't have enough evidence. That person is currently in prison on unrelated charges.

Paul Davis, another friend of the men who attended the trial, had another message for Tyson.

"You might think that being a man is about carrying a gun, but it isn't," Davis said. "The stupid thing about what you've done is that you've ended your own life."