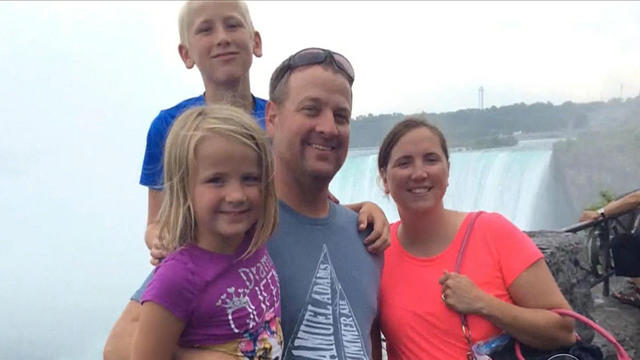 Mexican authorities said Saturday the American family of four who were found dead in a tourist city died from inhalation of toxic gases. The bodies of Kevin, Amy, Sterling and Adrianna Sharp were discovered Friday inside a condominium in Akumal, in the Mexican state of Quintana Roo.

There was no sign of violence where the family was found.

The family had not been heard from since they left for Mexico on a trip on March 15. According to CBS Des Moines affiliate KCCI-TV, reports that according to family members' social media posts, Kevin, 41, Amy, 38, Sterling, 12, and Adrianna Sharp, 7, were expected to arrive in St. Louis on Wednesday to attend a basketball game in Danville, Illinois.

On Friday, Mexican officials said there was no sign of foul play in the deaths.