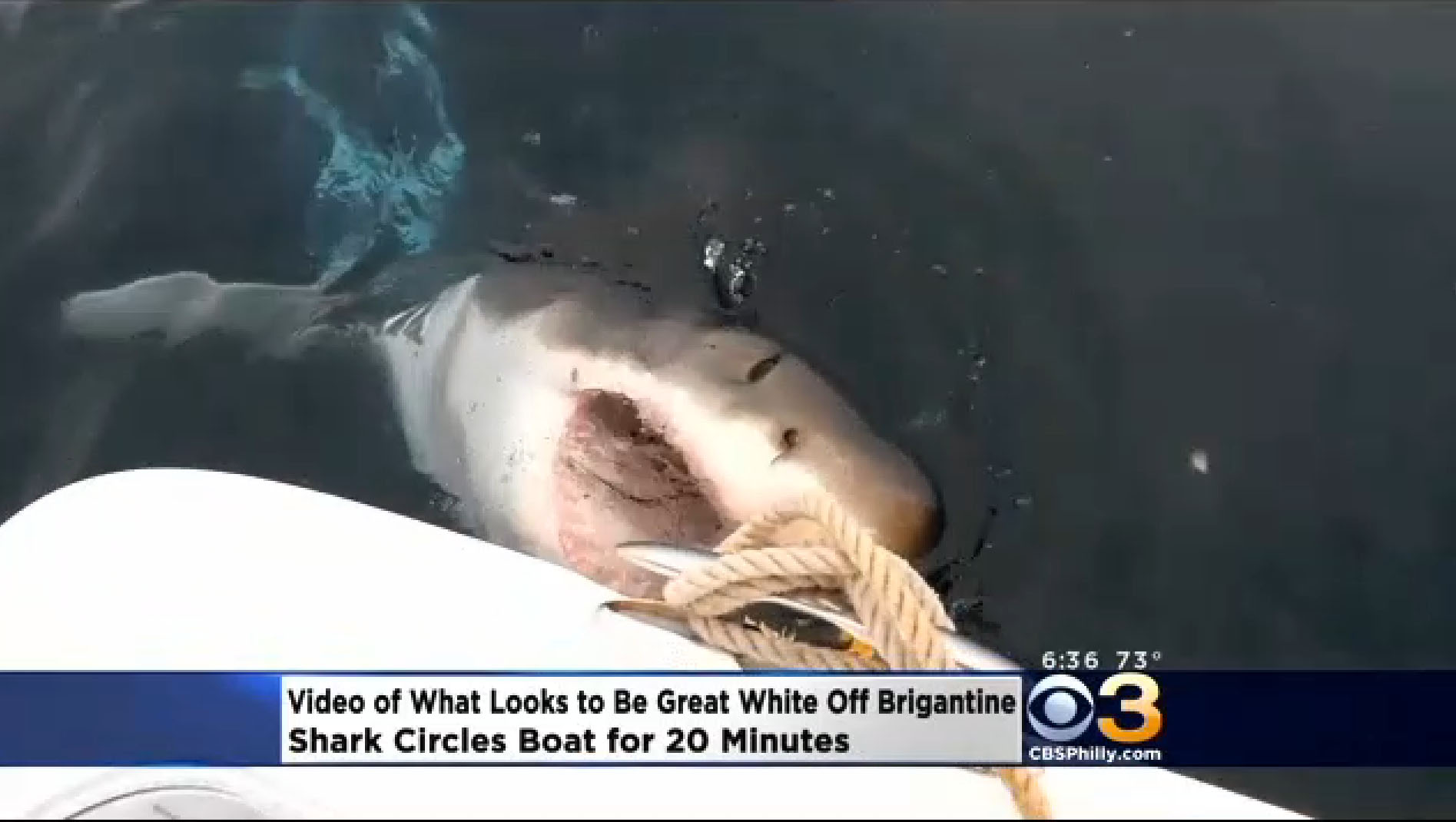 What certainly appeared to be a great white shark was spotted off the coast of the South Jersey shore, CBS Philadelphia reported Sunday.

Three videos posted on YouTube and shared on Twitter show the shark circling a boat and getting a little too close for the crew's comfort.

And in case you were wondering, yes, the shark took the chum bag, which must have seemed like a convenient little snack to him.

An expert with the Marine Mammal Stranding Center in Brigantine told CBS Philadelphia it's not out of the realm of possibility that great whites are swimming so close to the coast. He also said the sharks would likely remain far enough from shore so they wouldn't pose a danger to swimmers on the beach.

The crew who spotted the great white reportedly took off when the shark started nibbling at the engine.