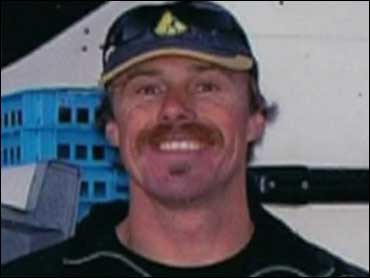 A diver who was almost swallowed alive by a 10-foot-long shark said Wednesday a lead-lined vest prevented the animal from biting him in half and a chisel used for gathering shellfish allowed him to fend off the fish.

Eric Nerhus, 41, described Tuesday's terrifying attack by a shark, believed to be a great white, off the fishing town of Eden, about 250 miles south of Sydney.

Nerhus was working with his son and other divers collecting shellfish when the shark suddenly attacked him about 25 feet below the surface.

The shark grabbed Nerhus by the head, said fellow diver Dennis Luobikis, who witnessed the attack.

"Half my body was in its mouth," Nerhus told Australian television's Nine Network.

"I felt down to the eye socket with my two fingers and poked them into the socket," he said. "The shark reacted by opening its mouth and I just tried to wriggle out. It was still trying to bite me. It crushed my goggles into my nose and they fell into its mouth."

He said he managed to finally escape the shark's jaws after jabbing at its eye with a chisel he used to chip abalone from rocks and was still holding despite the attack.

Nerhus, who estimated he spent two minutes inside the shark's mouth, said his chest was protected from the shark's rows of teeth by a lead-lined vest used to weight him down in the water.

As he swam to the surface in a cloud of his own blood, Nerhus said he could still see the shark and feared it would attack again.

"It was just circling around my flippers, round in round in tight circles," he said. "The big round black eye, 5 inches wide, was staring straight into my face with just not one hint of fear, of any boat, or any human, or any other animal in the sea."

He was helped into his boat by his son and rushed to a hospital where he was being treated for severe cuts to his head, torso and left arm.

An expert said the shark that attacked Nerhus probably mistook him for a seal, which are common in waters off southeastern Australia and attract sharks.

Scientists say there are an average of 15 shark attacks a year in Australian waters — one of the highest rates in the world — and on average just over one per year are fatal.