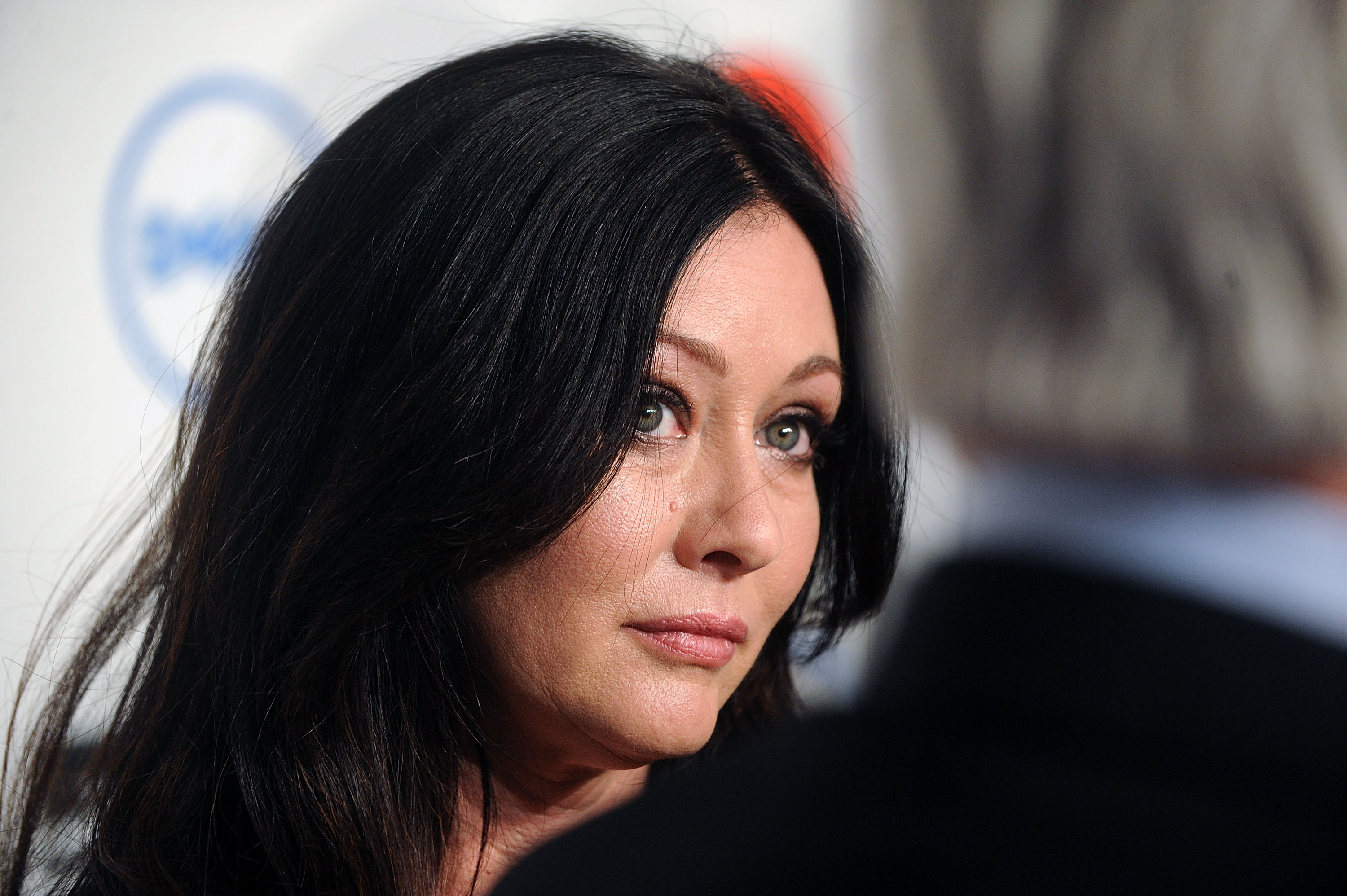 Actress Shannen Doherty has shaved her head amid a battle with breast cancer.

Doherty posted several pictures on Instagram on Tuesday night showing her in various stages of cutting off her hair. She preceded the series of photos with one showing hair clippers, a cupcake pan and a box of chocolates. In the caption she added, "#cancersucks."

Doherty's cancer was publicly revealed in a lawsuit filed against her former business managers last year. She claimed they mismanaged her money and allowed her health insurance to lapse. She said she didn't go to the doctor until she had insurance and there was a delay in diagnosing the cancer.