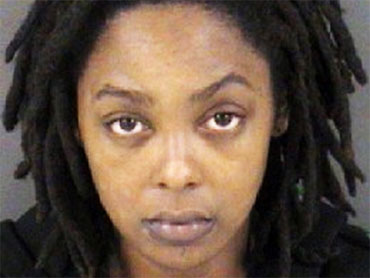 FAYETTEVILLE, N.C. (CBS/WRAL) North Carolina police now say that the mother of 5-year-old Shaniya Nicole Davis, who has been missing since Tuesday, forced her child into sexual servitude and prostitution.

According to arrest documents cited by The Fayetteville Observer, Davis "knowingly provide(d) Shaniya Davis with the intent that she be held in sexual servitude" and she "permit(ted) an act of prostitution."

Shaniya was reported missing from her home on Tuesday morning. Her mother told police she put Shaniya on a couch at 5:30 a.m., but the girl was gone when she checked on her about an hour later.

The girl is still missing, and police provided no information Saturday on her possible whereabouts.

"The investigation is ongoing to determine if there will be any additional charges," Sgt. John Somerindyke said. "Of course, finding Shaniya is the top priority."

Antoinette Nicole Davis was being held Saturday at the Cumberland County Detention Center under a $51,000 bond.

Shaniya's father, Bradley Lockhart, told The Associated Press he raised his daughter for several years but last month decided to let her stay with her mother. He said Davis struggled financially over the years, but she recently got a job and her own home, so he decided to give her a chance to raise their daughter.

"I should've never let her go over there," he said.

Lockhart described his relationship with Davis as a "one-night stand" and said he and Davis never argued about him raising Shaniya.

"Shaniya is a precious young lady, and she is special," he said. 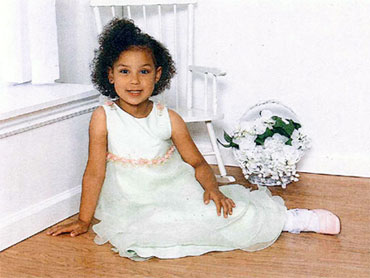 Police also have Mario Andrette McNeill, 29, in custody in connection with the case.

Police have said that McNeill admitted to taking the girl, although his attorney told the Associated Press that he will plead not guilty to a charge of first-degree kidnapping.

His arrest Friday came after a worker at a Comfort Suites hotel in Sanford reported seeing a child matching Shaniya's description with a man at the hotel Tuesday.

A security video showed the girl with a man believed to be McNeill at the hotel at 6:11 a.m. By the time Fayetteville investigators reached the hotel, however, the man and the child had checked out, police said.

Police have not commented on McNeill's relationship to Shaniya and her family. Lockhart said he does not know McNeill.

He is being held in the Cumberland County Detention Center under a $100,000 bond. His criminal record includes arrests for fleeing to elude arrest, assault on a female and drug possession.

Shaniya is described as 3 feet tall and 40 pounds. She has brown hair and brown eyes. She was last seen wearing a blue T-shirt with pink underwear. She is thin and has a scar on her foot.