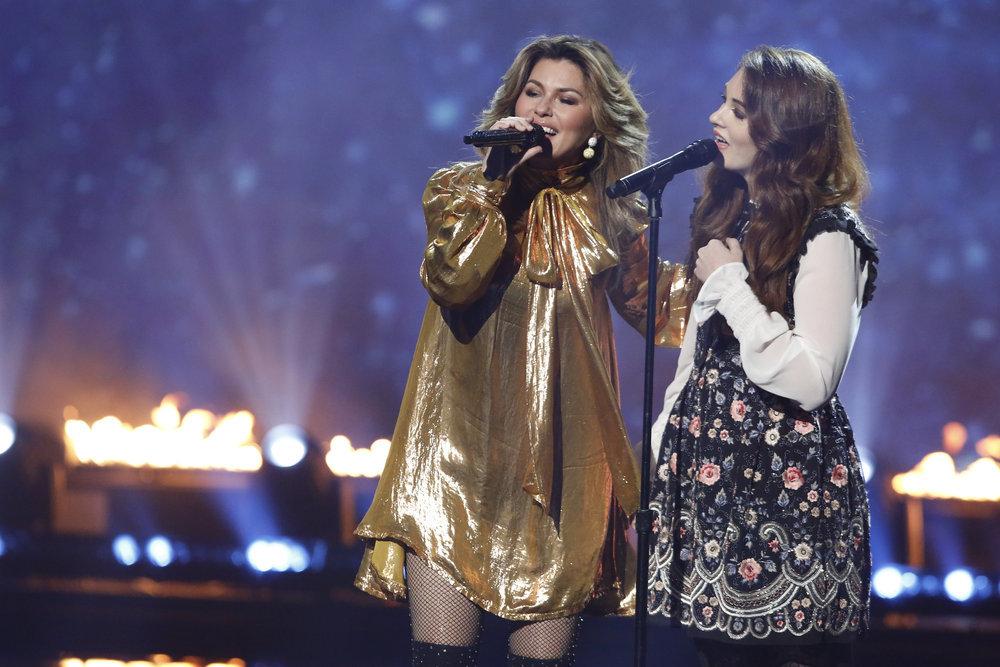 Mandy Harvey got to sing a duet with Shania Twain on Wednesday's "America's Got Talent" season finale, but it was Twain who couldn't stop gushing about the performance.

"It was so special," Twain told ET's Denny Directo after the show. "It really warmed my heart to be standing there with someone that really understands loss and the courage that it takes to overcome that loss and to soldier on. And not only soldier on, but look where she is! Look what she's achieved!"

"I'm proud of her as someone that could be her mother, and I'm proud to have had that opportunity to be standing beside her as two vocalists," she added. "It was really an honor to hear her sing my song."

Twain's stunning duet of "You're Still the One" with Harvey, who lost her hearing as a teenager, required a different kind of preparation.

"She learns everything by memory and it was interesting for me to be singing with someone who I knew couldn't hear me, so it was my role to match and blend, which I love to do anyways," Twain explained. "I just said, 'OK, if you just learn the melody, I will match you,' and it was an homage to her and all that she's accomplished and [it was] beautiful to hear her voice singing the song."

"I was just mainly there to be a complement to her performance and I really have a lot of respect for her," she shared.

Twain also opened up about her recent guest appearance on another television show, "Broad City. "

"I think it's so awesome. I loved [Abbi Jacobson], I loved the show. I loved the whole environment there," she raved. "I'm just glad she's finally off the hook and she doesn't have to keep this running lie going anymore."

As for Twain's next big project, that would be her new album, "Now," dropping next Friday.

"I do [still get nervous], but not about this. I'm relieved. I just can't wait for it to come out, I can't wait to share it," she revealed. "The fear for me really was happening during the process of deciding to make the album and jumping into that, but at this point, now I'm just so ready to share it."

See more from "AGT" in the video below.