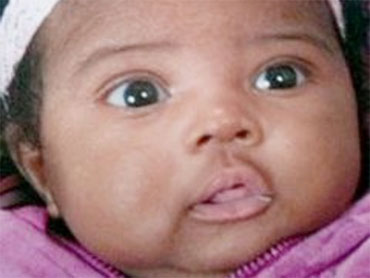 (CBS/AP) NEW BRUNSWICK, N.J. - Prosecutors gave their opening statement Wednesday in the murder trial of Shamsid-Din Abdur-Raheem, who they said repeatedly confessed to investigators to throwing his 3-month-old daughter off a bridge on a New Jersey highway.

Abdur-Raheem is charged in the death of his 3-month-old daughter, Zara Malani-lin Abdur-Raheem, in February 2010.

The child's mother, Venetta Benjamin, had sole custody of the infant and left Zara in her own mother's care while she sought a restraining order against Abdur-Raheem in a Newark court.

Prosecutors said Abdur-Raheem abducted the baby from her grandmother's East Orange apartment in February 2010, assaulting the woman and hitting her with his van. They said he then parked on the Driscoll Bridge on the Garden State Parkway and threw or dropped the baby into the Raritan River.

The baby's body was found several weeks later along the riverbank by passersby.

Mushin Raheem, Abdur-Raheem's father, said the relationship between his son and Benjamin, the child's mother, had been bumpy since they started dating as freshmen at The Richard Stockton College of New Jersey. Abdur-Raheem and Benjamin are not married.

The trial is expected to take about three weeks.