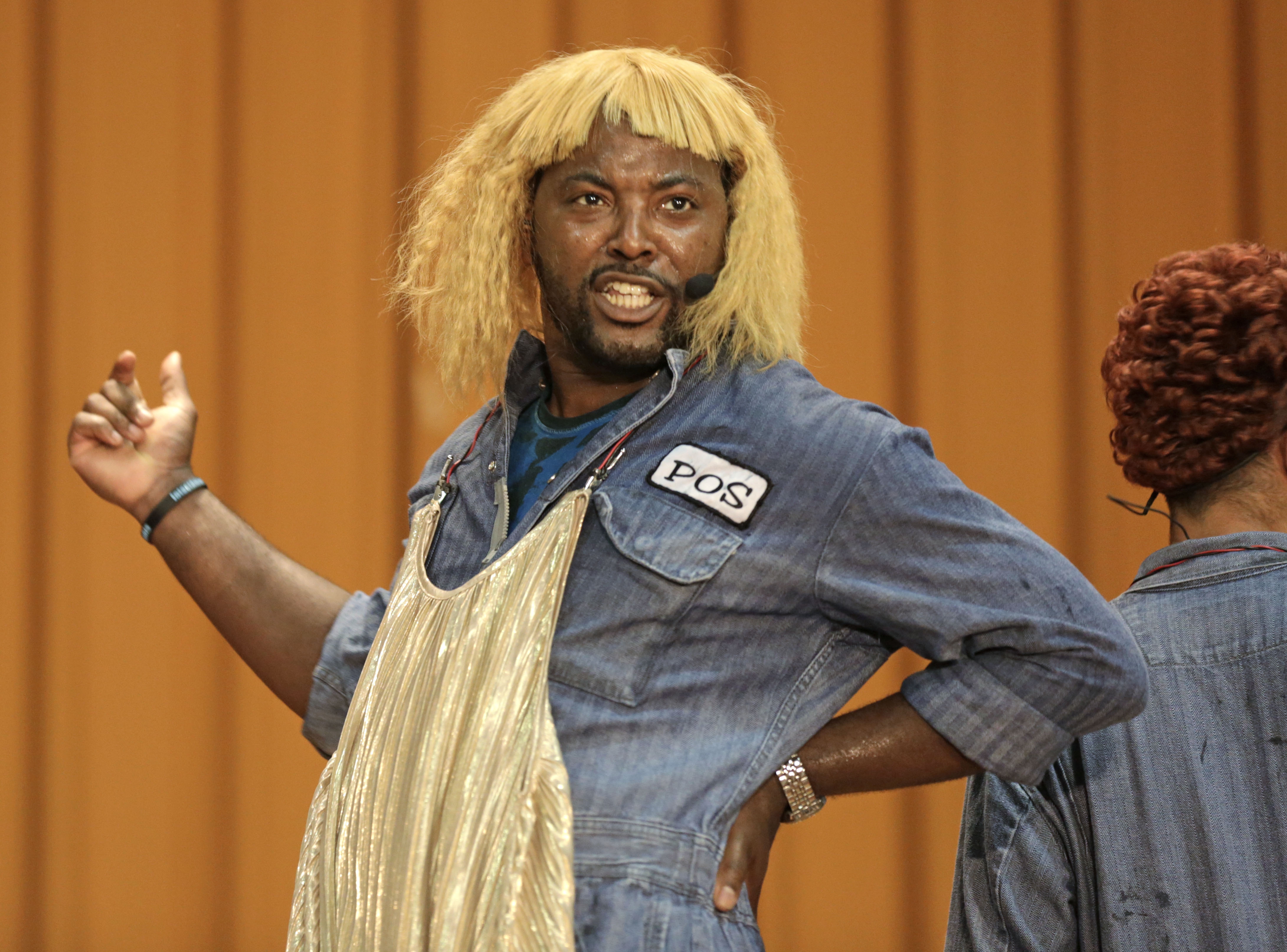 (CBS/AP) CHICAGO - The Chicago Shakespeare Theater put on a performance of a hip-hop version of "Othello" at Chicago's Cook County jail this week. The play was performed to an audience of 450 inmates and featured an onstage DJ and a plethora of rhyming, rapping and poetry.

"Othello-The Remix," as the play is dubbed, was written and directed by Gregory and Jeffrey Qaiyum, two Chicago brothers and rappers who are known as "The Q brothers." The play features a modern-day plot which illustrates Othello as a rap star and music mogul.

This is the third Shakespeare play the brothers have translated into hip-hop style, following "The Bomb-itty of Errors" and "Funk It Up About Nothin."

This new Othello - originally commissioned by Shakespeare's Globe Theater - has been performed in England, South Korea and Chicago. Taking the play behind bars, the brothers expected the inmates would apply themes written four centuries ago to their own lives today.

"The story of Othello and the way we paint it is very much of an outsider who kind of never feels like he's at home and I think that will be pretty relatable," Jeffrey Qaiyum said before the show. "(It) really comes down to choices and repercussions and often times, poor choices. I can't imagine that some people in there are not going to feel that."

He also points to the show's last words:

"In a cold, dark and unforgiving system we struggle with our destiny. When the world is crumbling, emerge from the rubble and your love will surely set you free."

Watching the inmates applaud and laugh in the sweltering gym, Rick Boynton, the show's creative producer, says he quickly knew the play had struck a chord.

Othello "listened to forces outside himself that made him do really unspeakable acts," he says. "At the end of the play he says, 'Look what happened and heed my advice.' ... I think the tension and the resonance of that theme in the room were incredible."

Kristy Montgomery, a 29-year-old inmate, agrees. She came away from the play believing it had an important message:

"Be careful of who you affiliate yourself with because they might not actually be your friends. They might be somebody who wants to bring you down." It's a lesson, she says, she'll try to heed "because I befriend the wrong people all the time."

The Q brothers are now working on a hip-hop version of Charles Dickens' "A Christmas Carol" and plan to eventually create hip-hop translations of all of Shakespeare's works, including "A Mad-Summer Night's Dream."