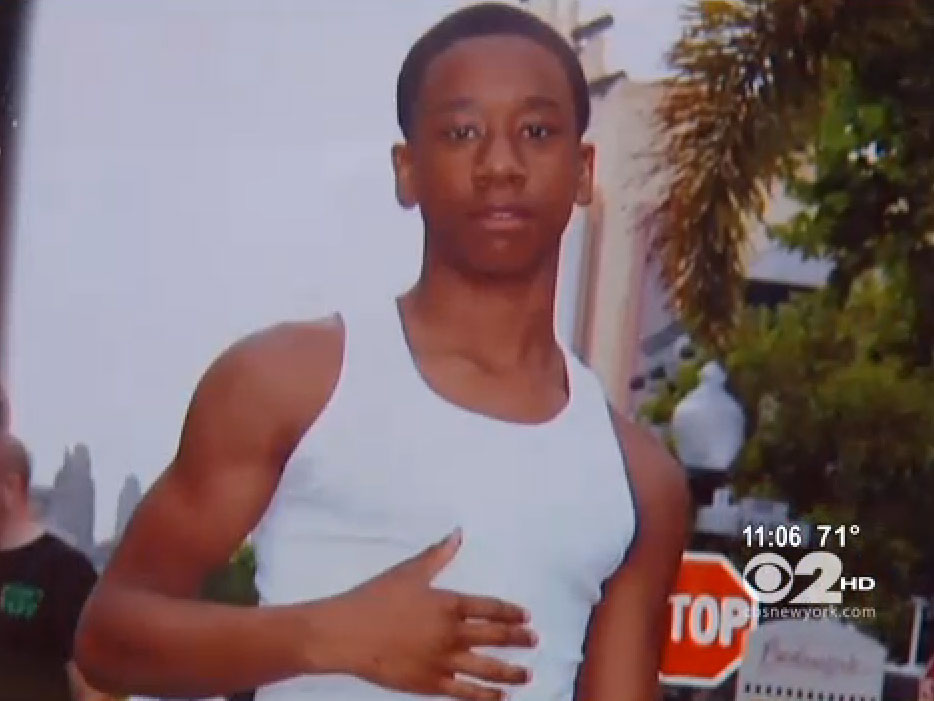 The New York Police Department says that two officers on foot patrol in the Bronx saw 14-year-old Shaaliver Douse carrying a 9mm semiautomatic handgun and chasing another male. He tried to shoot at the male, police said.

According to police, the two officers ordered Douse to drop the gun, and when he didn't comply, one officer fired a shot that struck Douse in the jaw and killed him.

"It is undetermined this time whether he fired at the officers or a fourth time at the unknown male who ran past the officers," Kelly said, reports the station.

Kelly reportedly said he's not sure what the officers could have done differently because Douse was firing in the street. Surveillance video released supports the officers' account of events, police said.

"I think they did what we would expect officers of any experience level to do," he said.

In May, Douse was arrested and charged with attempted murder in a Bronx shooting in which a 15-year-old was wounded in the shoulder, CBS New York reports. The Bronx District Attorney's office later dropped the charges against Douse because witnesses couldn't positively identify him, reports the station.

A woman who identified herself as Douse's aunt told the station she didn't believe police's version of events. "The cops have got to stop killing our children," she said. 'This is a 14-year-old kid. It's not fair."

A single rose was reportedly left at the scene where Douse was shot and killed.