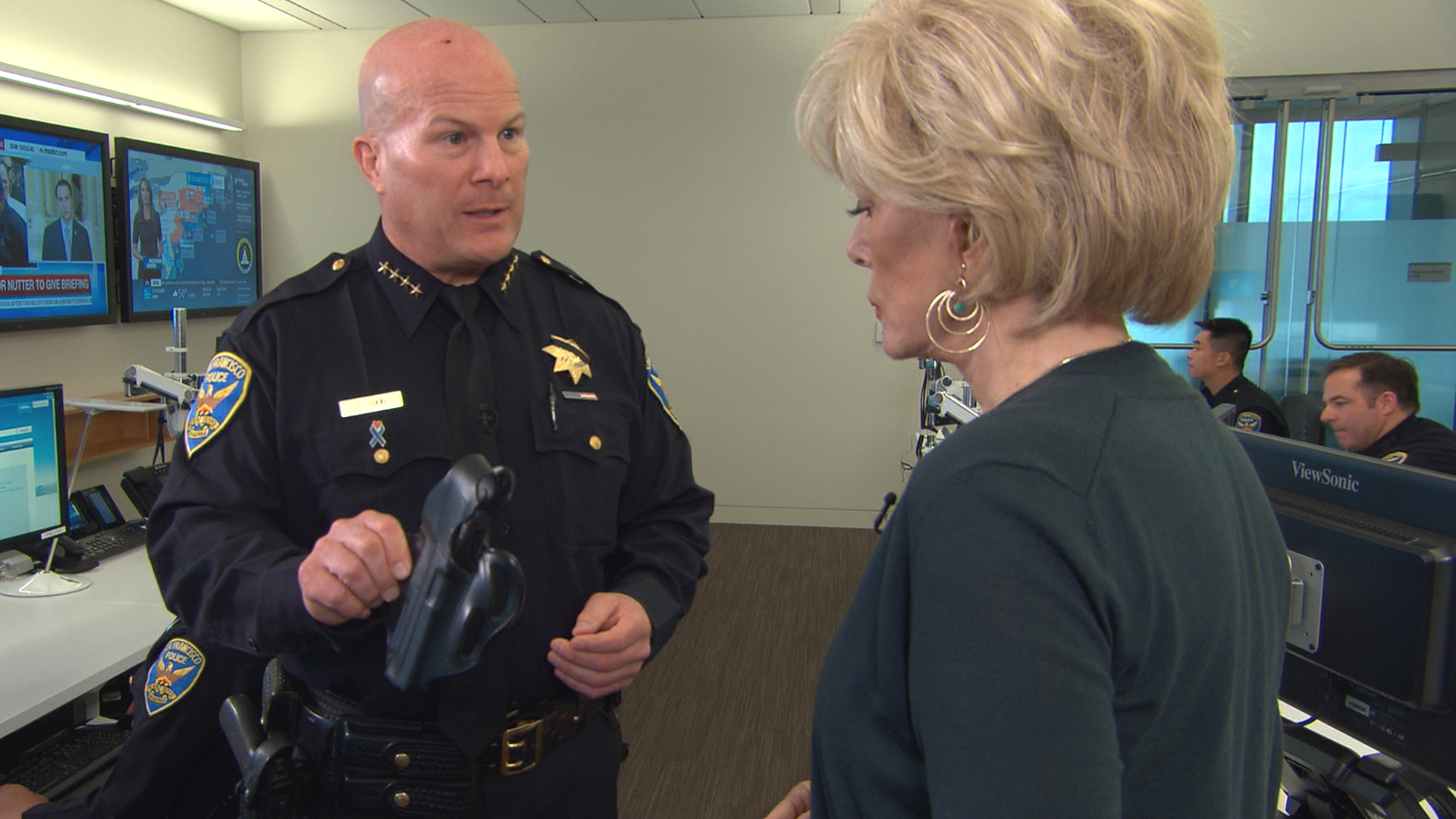 On 60 Minutes this week, Lesley Stahl looks at a new generation of "smart guns," designed to recognize authorized users and block others from firing them. Although smart guns have vocal opponents, she reports, the technology could cut down on accidental shootings and the trafficking of stolen guns.

They could also help police in the field by preventing a suspect from grabbing an officer's gun and using it. As San Francisco Police Chief Greg Suhr explains in the clip above, undercover officers are particularly at risk because their holsters are easier to bust open than the ones uniformed officers wear.

"If you're in plain-clothes, most officers don't have safety holsters," he tells Stahl. "If you had a gun that you were hands-on with a suspect and the suspect got your gun and you didn't have to worry about it, that'd be nice."

Still, Suhr, who calls smart guns a "no-brainer," hasn't yet purchased them for his department. Some experts say that if the police and other government agencies put in large orders for the guns, it would reassure the public and help incentivize manufacturers. Suhr says the smart-gun vendor he spoke with didn't sell the type of .40-caliber firearms his officers use.

If that caliber were available in a smart gun, he tells Stahl, he would be open to offering it. "I would make the offer to my plainclothes officers that if anybody would want to pilot it, I'd make it completely optional," he says. A smart gun might particularly appeal to those concerned about accidents at home, he adds, where having a smart gun would be a "game-changer."

Suhr is not alone in wanting to try them. Richard Beary, president of the International Association of Chiefs of Police, told the Washington Post this week there would be "plenty of agencies interested in beta testing the technology."

Suhr says it's unlikely smart guns will entirely replace traditional guns, but he thinks today's generation, more comfortable with technology, will like the idea of a cooler, more sophisticated-looking gun.

"But do you see it being mandatory, like a seatbelt?" Stahl asks.

"This is San Francisco," Suhr says. "We're not real good on mandatory, you know. We're real good on options and choices and being smart about things."

The tech behind the Bitcoin Beach Wallet