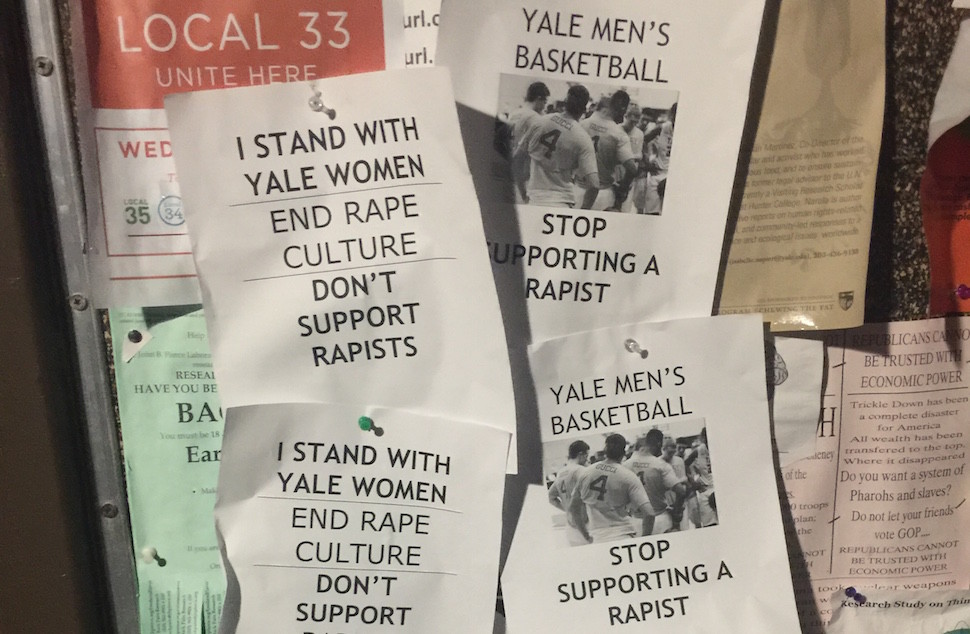 "Yale Men's Basketball fully supports a healthy, safe and respectful campus climate where all students can flourish. Our recent actions to show our support for one of our former teammates were not intended to suggest otherwise, but we understand that to many students they did. We apologize for the hurt we have caused and we look forward to learning and growing from these recent incidents. As student representatives of Yale we hope to use our positions on and off the court in a way that can make everyone proud."

NEW YORK -- If Yale University's men's basketball team beats Columbia on Saturday night, they will earn their first berth in the NCAA Tournament since John F. Kennedy was president.

But the team is playing without its captain -- who withdrew from school last month, amid controversy.

Citing federal privacy laws and school policy, a Yale spokesperson would not say why Montague left -- despite campus rumors of a sexual assault.

In a New Haven Register article this week, the player's father, Jim Montague, said his son was expelled.

He called it "ridiculous" and said he had strict orders from his lawyers not to talk.

Montague's teammates are also standing behind their captain, wearing T-shirts with his nickname at a recent game.

That move sparked outrage on campus and posters demanding the basketball team "stop supporting a rapist.''

New Haven police say they have no cases involving Montague and no victim has come forward. CBS News tried to reach Montague and his family's lawyer but did not get a response.

The player has not spoken publicly since he left the university.

In an interview last May with the school's digital channel, "Yale All-Access," Montague said he embraced being a team leader.

"We had a good season this past year and, you know, nothing too out of hand," he said.

While Yale's administration is being tight-lipped, the university's Women's Center is not.

In a lengthy Facebook post, they wrote, "Sexual violence is a problem in every campus community" and that "Yale's actions speak much louder than its words."

A Yale dean sent an email to students Saturday saying he is committed to providing a safe campus.