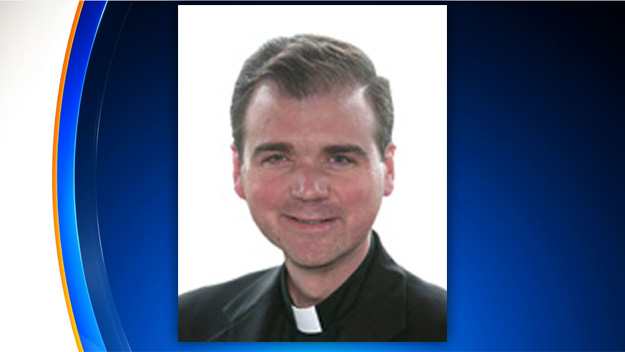 MINEOLA, N.Y. -- A former president of a prestigious Catholic high school on Long Island has been suspended from practicing as a priest after an investigation found allegations he sexually abused a student were "credible."

Father James Williams was the president of Chaminade High School in Mineola from 1999 until 2011, CBS New York station WCBS reported.

The Marianist order, also known as the Society of Mary, said Friday it conducted a "comprehensive investigation" into alleged sexual abuse in 2011 involving a Chaminade student who was age 18 or older.

In a letter posted on the school's website, the order said Williams denied anything happened, but that it forwarded the information to the Nassau District Attorney's Office.

A spokesman for the district attorney's office told WCBS it received a letter in February 2015. He described the act as a misdemeanor sexual abuse, but said the statute of limitations for such a crime expired in 2013. The spokesman added that the alleged victim did not want to pursue criminal charges.

Former students were shocked by the allegations.

"That's just devastating, absolutely devastating to the community and to the whole church as a whole it's terrible," Chaminade graduate Christopher Macias, who knows Williams, told WCBS. "He was a great guy when I was going here. I can't say anything but speak highly of him. I'm just shocked and horrified about these allegations."

Williams was suspended Friday. He joined the school staff in 1991 and left Chaminade to study at the Vatican, which will decide if he will be permanently banned from the church. He could not be reached for comment.

In a statement, Marianist Brother Thomas Cleary told WCBS the decision to suspend Williams "reflects the solemn promise made to ensure the protection of the young men entrusted to the school remains its highest priority."

A current 16-year-old student told WCBS he never heard any talk of sex abuse allegations by priests at Chaminade.

The district attorney's office is asking any other potential victims to come forward.

Now, the Marianist Order has suspended Williams from functioning as a priest after they said allegations that he abused a student are credible, according to a letter posted on the Chaminade website.